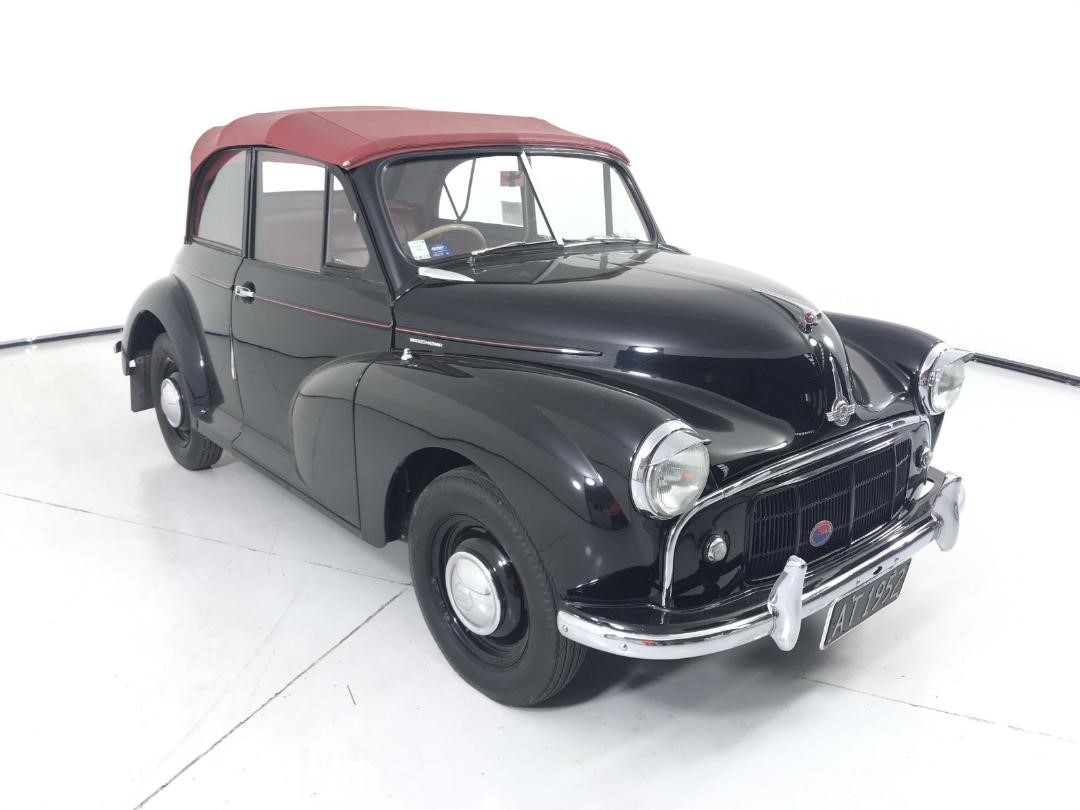 It’s as British as warm beer and Brexit and was optimistically fitted with a convertible roof, presumably in case you planned driving it to a warmer climate. This 1953 Morris Minor Convertible tourer is in amazing condition and is being auctioned at Turners Christchurch next week.

The Morris Minor was the first British car to sell over 1,000,000 units and that was by 1960. Over the next eleven years another 600,000 were sold before production stopped in 1971. It was a phenomenal success and they still have a big following today. And if you thought the convertible model was a rarity, then, despite the British weather being cold and damp for most of the year, you might be surprised. 30% of series 1 & 2 Minors were convertibles confirming that Brits are determined to make the most of the 3 sunny days a year they are often limited to.

Of course you could drive your Morrie ragtop to the continent where the sun shines harder and longer but you wouldn’t get there in a hurry. The series 2 Moggie (this car is a S2) had an 803cc engine that would accelerate the Minor to 100kph in a bone rattling 52 seconds. This was 1kph short of its top speed.

Luckily, this car has been fitted with a later 1000cc engine which will get you to that magical 100kph a full 21 seconds faster than the old lump would allow. However, it does still take 31 seconds meaning less destructive wind forces on your hair, a common problem for convertible drivers but not for those piloting an old Morrie.

This car appears to be an exceptional example and the price estimate reflects this. But before you say “tell him he’s dreaming” take a look at what an old VW Beetle of this era will cost you and you’ll realise the humble Minor is a major bargain. And prices in Britain confirm this. You couldn’t restore a car to this level for anything like this sort of money. More info here. Cat Amongst the Pigeons