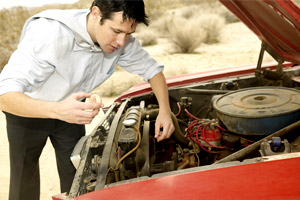 Last month we asked you what you’d like to read about in the Good Oil and we had a pile of responses and some excellent suggestions. We will try to cover as many of your suggestions as possible in future issues.

Back in the olden times, when cars were relatively simple, if your engine stopped working or refused to start you checked for a spark or fuel; simple. Now it’s not so simple, although it should be noted that your average modern car is much less likely to stop working than say 30 years ago such is the reliability of modern cars. These days it’s probably best to leave the problems to a mechanic who will have diagnostic tools and spanners and stuff. But there is something you can do.

About a year ago the ABS and brake warning lights in my 2004 Ford Focus started flashing intermittently. A trip to the Ford agent revealed nothing and my regular mechanic found nothing wrong either. So I was left to drive a car (brakes working perfectly) with disco lights on the dash.

Remembering that Google is my friend I searched the symptoms specific to this model and was staggered by how many people around the world had the same problem. The stories of thousands of dollars spent on ABS units and complete replacement of braking systems that didn’t fix the problem were horrifying, and an army of well meaning Ford mechanics were advising fervently that the problem must be with the brakes somewhere. Unfortunately the problem seemed to remain just that for most owners.

Then, one year on, I decided to have another search on the internet and came across a possible resolution that had been discovered by a clever bloke in England and had been widely spread around the various forums and fix-it websites. He found that there was moisture getting behind the instrument cluster on the dash which was causing a short on a circuit board and causing the lights to flash randomly. He proceeded to explain, in detail, how to fix it. Armed with this information I took the car down to my mechanic with a printout of the instructions. His immediate response was “of course!” A couple of hundred bucks later, problem solved.

You may be surprised how often this can happen and how often you can narrow down the problem yourself using Google. It could be a major problem like a steering problem that is a common fault on a particular model, to a small problem like a leaking sunroof that other owners have found an easy fix for. It can save you loads of time and bags of money in the long run. 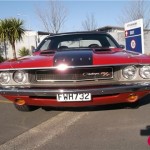