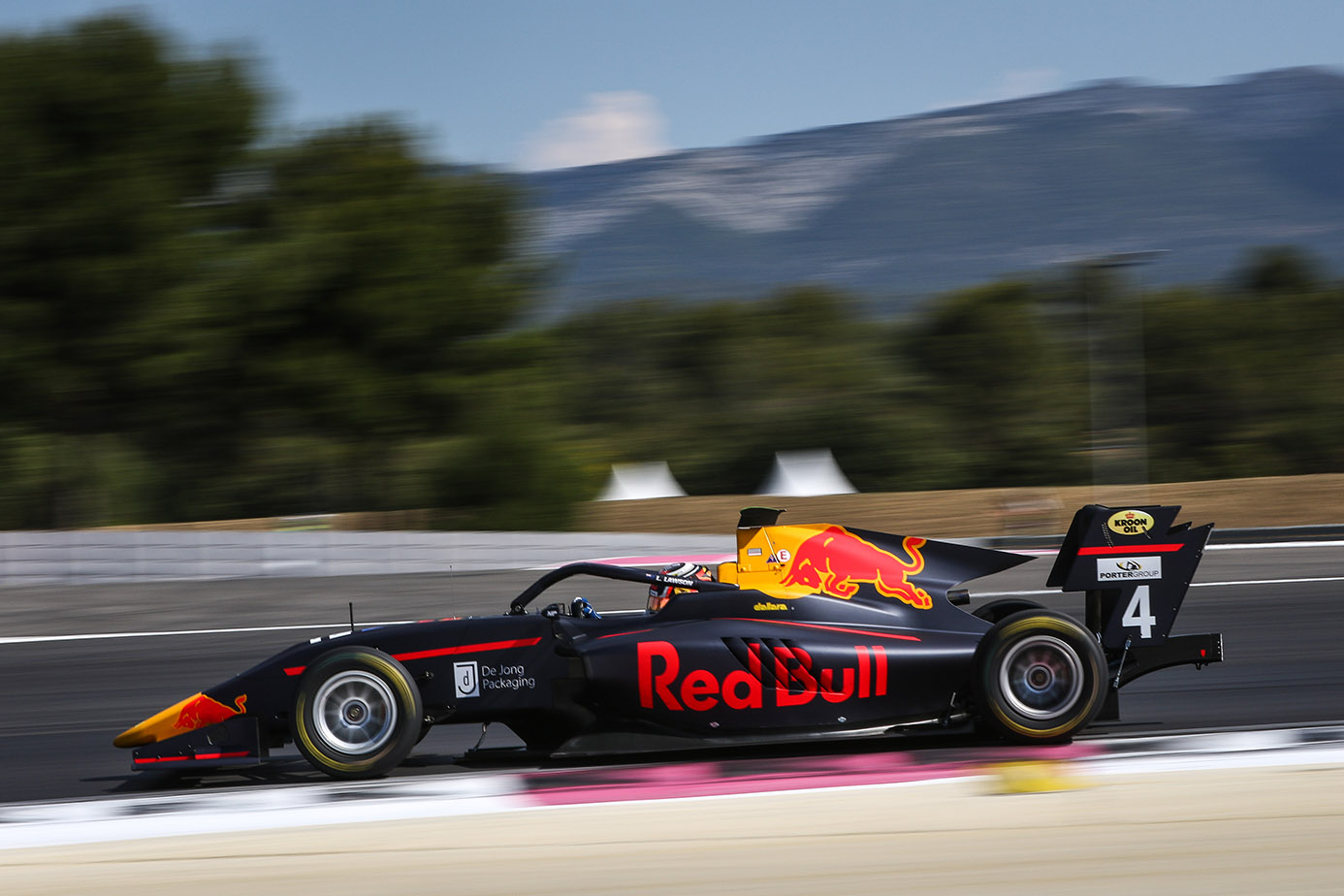 Liam Lawson turned his FIA F3 fortunes around at the French Grand Prix meeting by taking points-scoring positions in both races of the weekend.

The Red Bull Junior Driver finished ninth in the opening race at Circuit Paul Ricard and then crossed the finish line in fifth at the end of Race 2.

Lawson was initially handed a 5-seconds time penalty for an early race incident which dropped him a placing. However, that was later overturned and the 17-year-old kept his position ahead of fellow Kiwi driver Marcus Armstrong in sixth.

Following the race, the stewards were presented with new information and the decision was reversed. It was found that Lawson's track position was not actually behind David Beckman but alongside him. Beckman made a slight move to the right and by doing so damaged his own tyre on the front wing of Lawson's Porter Group/Turners/Giltrap supported #4 car. Success in this category is mainly about managing tyre degradation and outright speed. Lawson bolted through the field from grid 15 in the opening laps of the first race, only for his tyres 'go off'. He then fell down the order before a late race charge put him back into a point scoring ninth place.

"In yesterday's race, we had a good start and some pace early on but didn't manage the tyre situation. They went off very early on and then there's nothing you can do, you have to slow down, you are not racing so that was not ideal at all. Still P9 out from P15 on the grid so it could have been worse," said Lawson at the end of the weekend.

Lawson didn't make the same mistake in the final, a top-8 reverse grid race. He showed patience before making his move forward over the final ten laps, jumping ahead by five places.

"Today's race should have been better also. I was going forward early but the tyres were going away quite quickly again, I had to drive to conserve them from early on so I didn't have a repeat of Saturday.

"Then Juri (Vips) came past. He thought he had cleared me but he hadn't and when he pulled across I had to swerve off the track and that gave me a massive flat spot from lap five. I kept going as well as I could but for the last five laps of the race the car was just undriveable."

Following a disastrous opening round, largely hampered by mechanical, Lawson's second round results were a vast improvement.

The FIA F3 championship is led by Prema Racing's trio of drivers, Robert Swhartzman on 70 points over Jehan Daruvala (58) and Marcus Armstrong (35). Lawson sits in 12th-equal place alongside his MP Motorsport teammate, Richard Verschoor, each with eight championship points.  So far 17 of the 30 drivers have scored points over the first 4 races of the season.

The series now heads into the back-to-back round at Red Bull Ring in Austria next weekend.