Tough weekend at the Ring for Lawson - 1st July 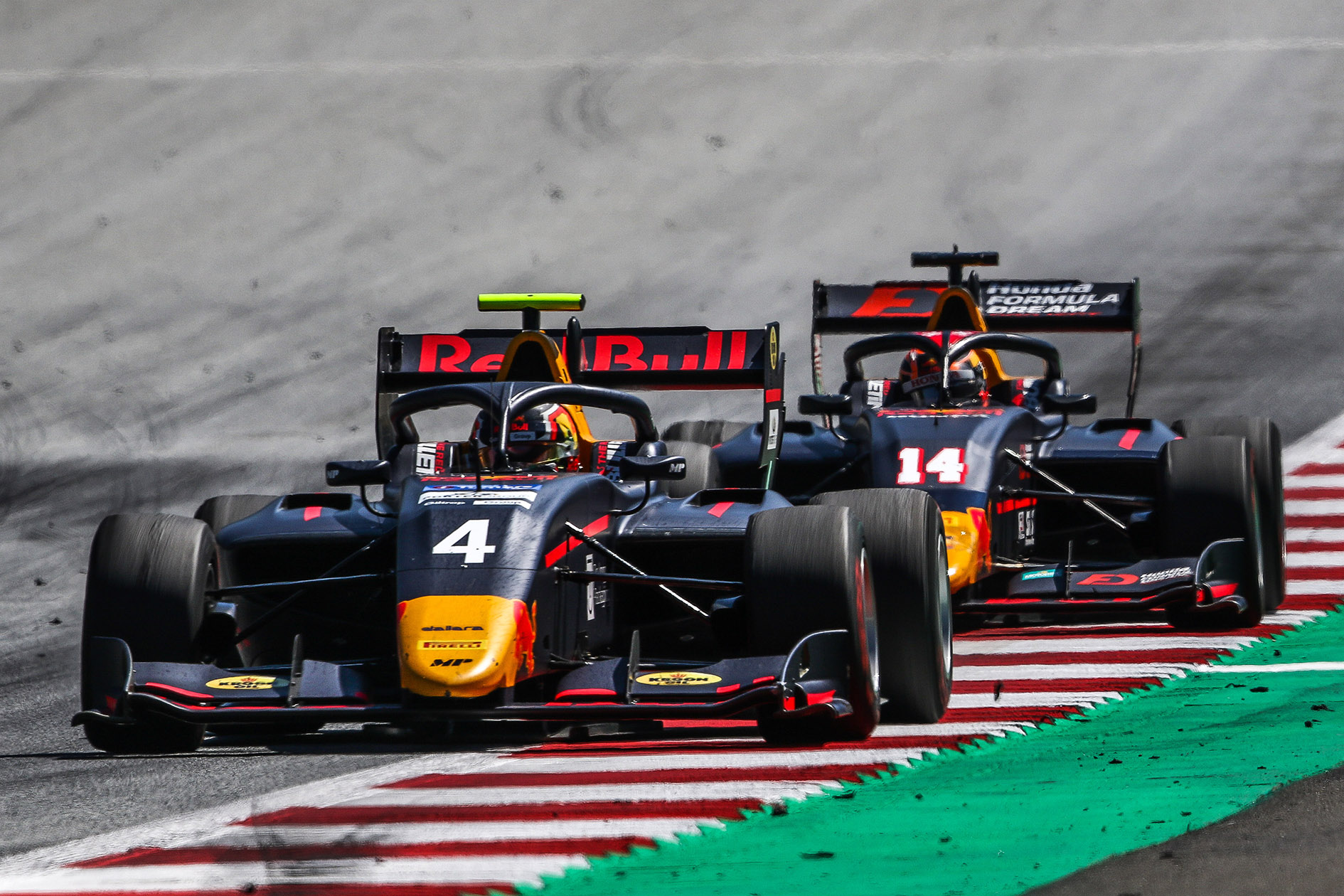 Tough weekend at the Ring for Lawson

Hopes of an improving weekend at one of his favorite race tracks were dashed when Kiwi teenager Liam Lawson struggled with an ill-handling race car at the Red Bull Ring in Austria.

After qualifying in 15th place at the third round of the FIA F3 championship, Lawson made good progress over the opening laps of the first race and got inside the top ten. A mistake and then a bad vibration to his car dropped the Red Bull Junior Driver back to finish the race in the same position that he started.

Race two didn't get much better. Lawson lept from 15th and ran as high as 8th, but the front-wing to his car was damaged half-way through and a pit stop for a replacement dropped him a lap down at the finish.

"The first race wasn't so bad but should have been better," said the 17-year-old, the youngest driver in the field, who also suffered from flu symptoms for the entire weekend. I got a good start, the pace was decent and I was up into the top ten but then locked up trying to get past someone, went off and that cost us a lot. A big shame really."

With a flat-spotted tyre that became worse, Lawson's Porter Group/Turners/Giltrap-sponsored car developed a bad vibration and that makes it difficult for him to see the track clearly from the driver's seat of the halo-shod machine. In the top-eight reverse grid race, he again pressed forward from 15th over the opening laps but a move by Niki Kari saw the young Finn collect the front wing of Lawson's car and his race was effectively ruined.

"Today we just didn't have the pace at all. We've got some issues to go through for sure as we don't immediately know why just the balance of the car isn't there at the moment. Things started well enough here, we had a good pace in Free Practice on the old tyres but when we put a new set on we were not so happy. In Qualifying, I just didn't get the lap together that we needed. It hasn't helped that I have been feeling pretty lousy all weekend, it's been so hot and maybe the air-conditioning has got to me or something but not being the best myself certainly hasn't helped."

The FIA F3 season now heads to the British Grand Prix at Silverstone in a fortnight. Meanwhile, Lawson returns to racing in the Euroformula Open championship for older F3 cars next weekend in Hungary.