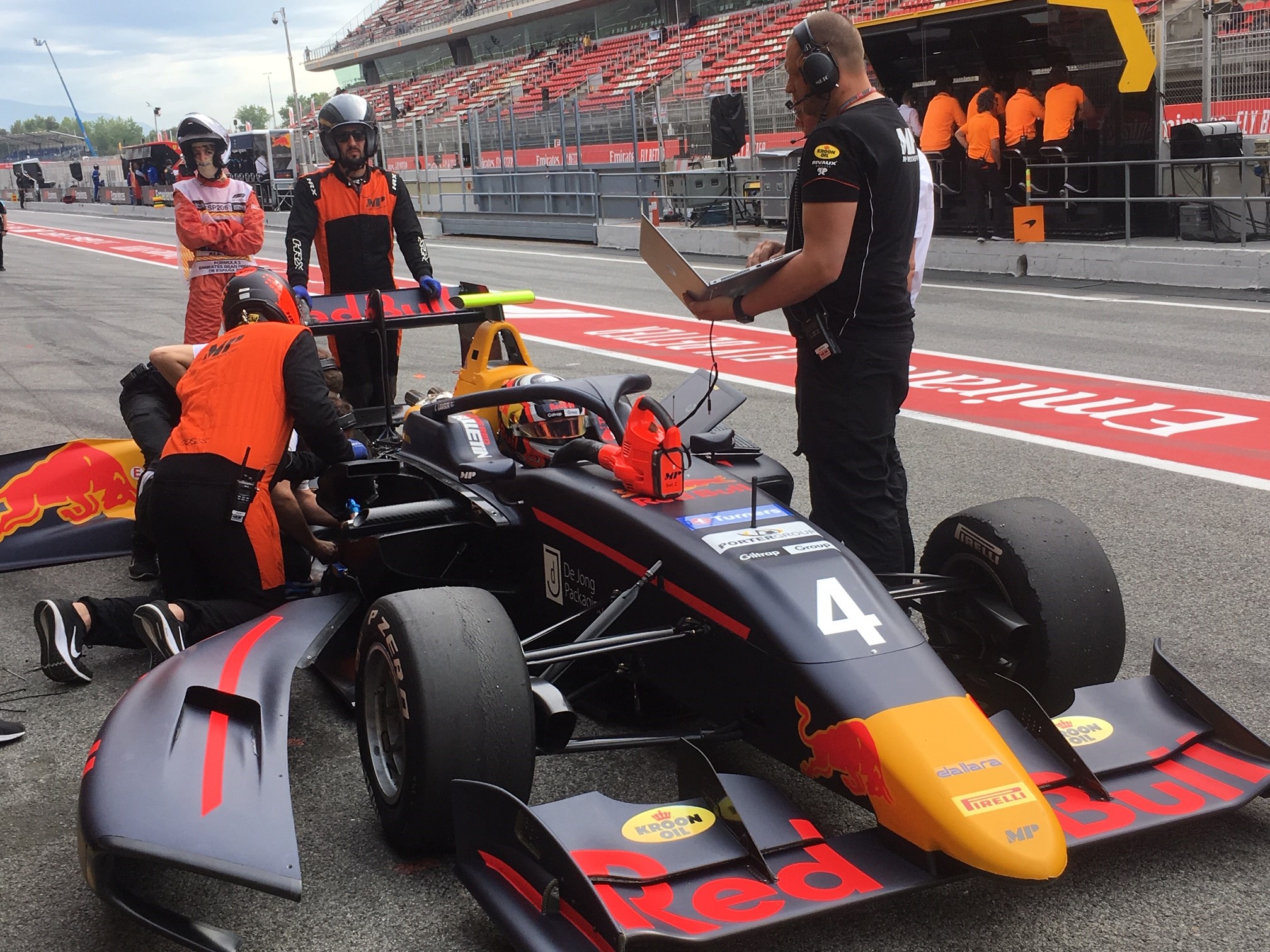 A throttle motor failure on the formation lap of the first race of the FIA F3 season at Barcelona saw Red Bull Junior driver Liam Lawson stranded in pit lane as the rest of the field roared off from the grid as the lights turned green.

Just as Lawson headed away for the pre-start lap his car lost all power and the 17-year-old Kiwi driver immediately headed into pit lane as the rest of the 30-car grid lined up to take the starting lights.

A disastrous qualifying session the day before when two throttle control units failed, left Lawson while limited track time. The situation was made even worse when the throttle motor failed come race day.

His MP Motorsport team was then forced to wait for FIA officials to diagnose and change the faulty part in pit lane, meanwhile 7 racing laps had gone by before Lawson was able to take to the track.

"Absolutely gutted," said Lawson afterwards. "The problem was completely out of our hands and to have two fuel related issues in two days is really disappointing."

The throttle motor is a sealed and controlled part which only series officials are allowed to change, and is an issue that has been known to fail before. Even though this year's car is completely new to the former GP3 model, the engine and components have been carried over to the new chassis.

However, once on track Lawson made the most of his time in the car to get in precious racing laps. Rules for the FIA F3 cars mean all teams are limited to six days of controlled pre-season testing, so turning race laps and experiencing a Virtual Safety Car situation was a small consolation for the young Kiwi champion.

Post race the FIA officials also changed the other throttle motor on the car's engine as a precaution. The car is fitted with two units, one for each bank of the V6 engine.

Lawson will have to start the second and final race of the weekend from the back of the grid, and says he'll use the top-eight reverse grid race to learn more about the new car.

"We'll use the second race as a learning day to try some minor changes on the car so it won't be a total wasted opportunity," he added.

The final race gets underway tonight at 8.15 NZ time as part of lead-up to the Spanish F1 Grand Prix.