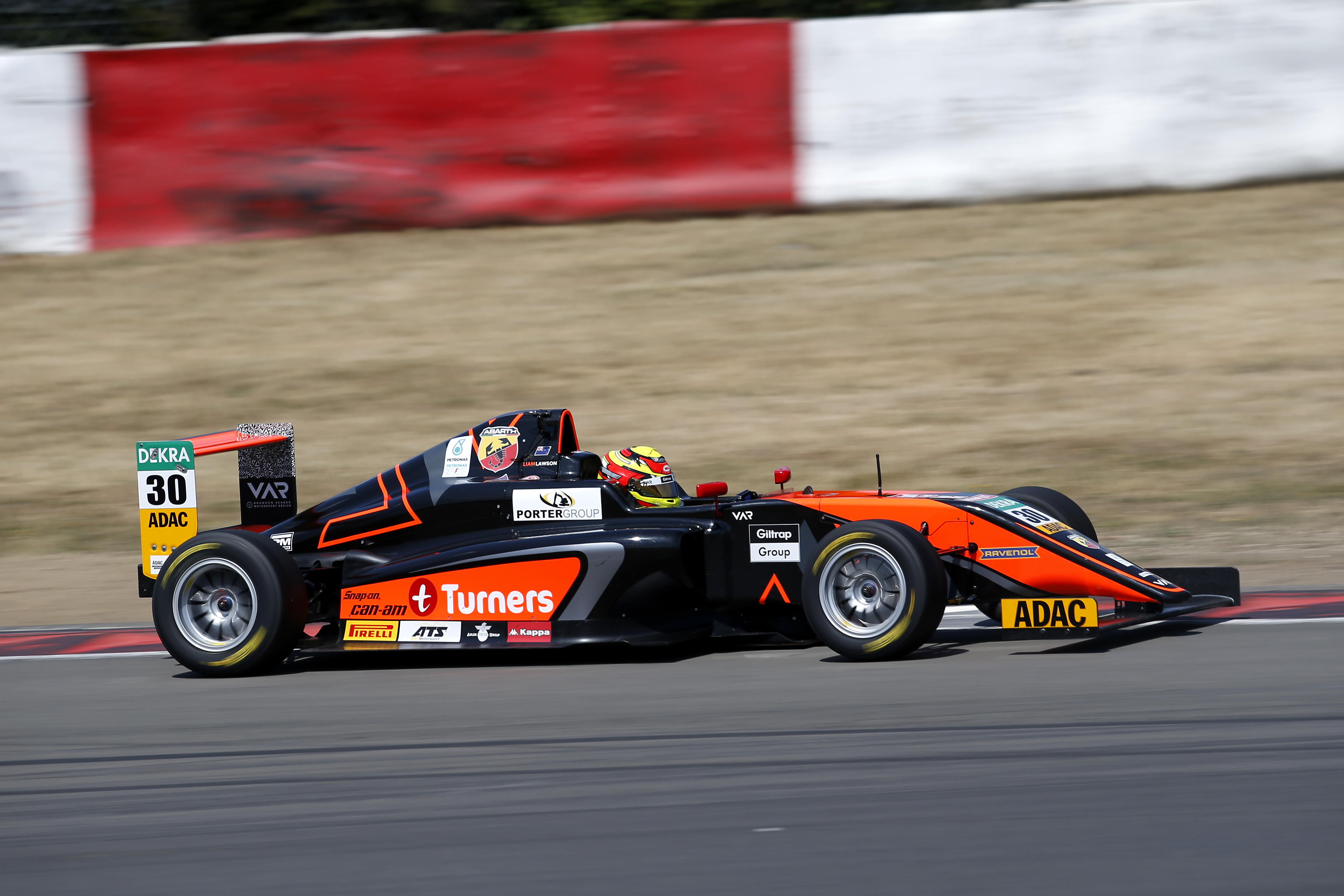 Lawson in three-way fight for runner-up spot after Zendeli secures German F4 title with one round remaining.

With just an eight points haul from the penultimate round of the German Formula 4 championship, New Zealand's Liam Lawson is now in a three-way tussle for the runner-up position as the series heads into the final round at Hockenheim in late September.

At the latest round at the Nurburbring, Lawson suffered his worst round of the championship so far with just a single top-ten finish in the Turners-backed car, racing for Dutch based Van Amersfoort Racing (VAR). Meanwhile, his main rival Lirim Zendeli (US Racing) claimed a victory, second and fifth over the weekend's three races, enough to wrap up the title.

The difficulties began for Lawson in qualifying when he could only manage 4th and 6th over the two sessions, with the field separated by the closest of margins all season - due mainly to the short nature of the circuit - while Zendeli claimed two pole positions.

In the opening race the 16-year-old Kiwi rocketed away from the start and lept into second spot with a great move around the outside of turn one, only to be squeezed out on the exit of the corner by two Prema Theodore team cars, giving away five places.

On the following lap Lawson passed young British driver Oliver Caldwell (Prema Theodore) to move up to sixth and despite a race long attack on Brazilian Gialuca Petecof (US Racing) Lawson couldn't find a way by and settled for sixth at the end of the first 30-minute race.

From grid six in the second race Lawson pounced early on David Schumacher (US Racing) and a lap later while trying to get by Mick Wishofer (US Racing) damaged the front wing on the Turners car, which resulted in a trip to pit lane for a replacement. He rejoined at the back of the field and took the chequered flag in 15th place.

That meant he started the final race from the same spot. After another great start and passing three cars in less than half a lap, the intercooler pipe to the car's turbo came off, strangled the engine of power and that meant another drive to pit lane. By the time the VAR team spotted the issue and sent him back out Lawson had lost considerable time.

"The pipe hadn't come completely off so it took the guys a while to figure out why it had no power. Once it was fixed the car was fine but the field had streamed by again and put me a lap down," said Lawson.

After reeling off continuously fast laps he caught back up to the rear of the field and passed one car before the race fell to the time certain 30-minutes.

"That was the most difficult race weekend I think I've ever had," he added. "After holding second in the championship for most of the season and closing in on the leader we leave Nurburgring now third and in a three-way fight for second. Definitely not the best weekend but there's no reason why we can't fight to get that spot [2nd] back at the final round."

Brazilian Enzo Fittipaldi has moved ahead of Lawson into 2nd, 12-points ahead of Lawson, with his VAR teammate Frederik Vesti (Denmark), who recoded a win in race two, now a further 5-points back..

Lawson makes his final appearance in the German series in the Turners, Giltrap and Porter Group supported F4 car at the finale on September 21-23 when the series returns to the Hockenheim circuit for the third time.