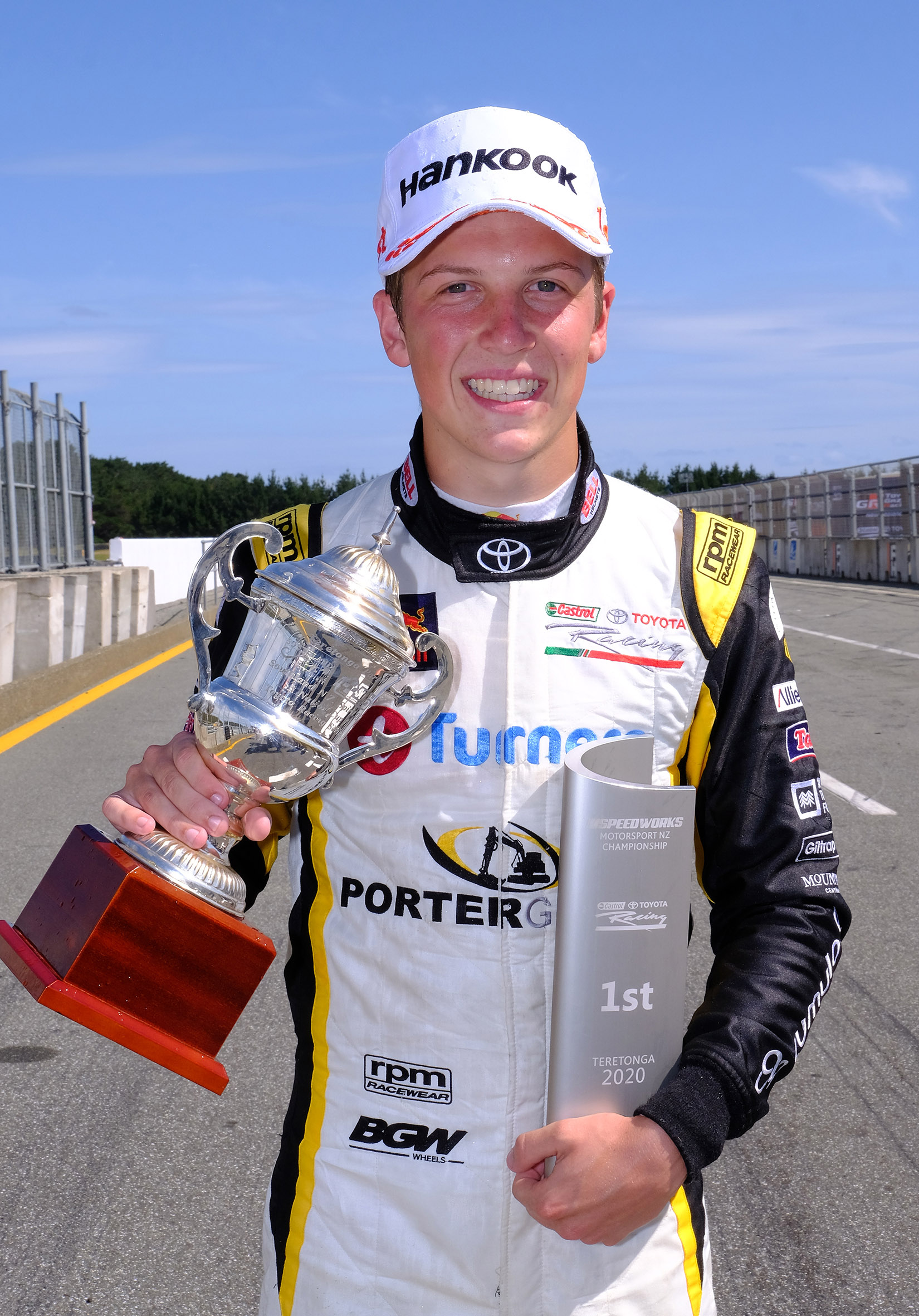 Liam Lawson won the Spirit of a Nation Cup at Invercargill, adding to the feature Cup at Highlands Motorsport Park the week earlier.

Southern double for Lawson and a points lead heading North

Defending Toyota Racing Series champion Liam Lawson heads to the first of the North Island rounds this weekend with an 18-point lead in the championship, and three victories from the opening six races.

The Red Bull Junior Driver won both of the feature race trophies on offer in the South Island, adding the Spirit of a Nation Cup from Invercargill's Teretonga Park on Sunday to the Dorothy Smith Memorial Trophy he retained at Highlands Motorsport Park a week earlier.

Since he first raced Formula Ford at New Zealand's most southern racing circuit, 17-year-old Lawson has built up a steady local following and dedicated the feature race win to his supporters.

"It was really cool to see everyone again and to put on some good racing this year after last year's races were cancelled due to pending high winds," said Lawson.

"Watching the Formula Ford racing brought back some great memories of the times we raced down here. Those same people who helped us back then came along for the weekend, and it was really good to see them."

"I miss driving Formula Ford and it great to see so many cars here competing over the two classes."

After getting a great launch at the start of the Spirit of a Nation race, Lawson's handy lead evaporated when the Turners/Porter Group car briefly lost power on two occasions and young Brazilian Igor Fraga closed in but was never close enough to attempt a pass.

"I got a big fright when I lost power completely but we got lucky and it came back. Really satisfying to end the weekend with the feature win. I'm happy with that," said Lawson at the finish.

Lawson's intent from the beginning of the TRS series was to leave the two South Island circuits with a points advantage, so that is "mission accomplished." He also set the lap record for the new FT60 car, hustling the Turners/Porter Group #1 around in 53.820-seconds.

He retains his outright lap record at Highlands, set last year at 1m28.910 seconds in the FT50 car. The best the newer but heavier FT60 could manage on debut at Highlands this year was 1m29.227, laid down by 23-year-old Brazilian driver, Caio Collet.

Unfortunately, Lawson heads to Hampton Downs this week as the only Kiwi driver still in the field after his Kiwi Driver Fund teammate, Chelsea Herbert, injured her back at the start of a qualifying session at Teretonga.

"It was so unlucky for Chelsea to go off coming out of pit lane. It can be so easy to do with this car, when it changes gear it cuts the engine a lot and when it comes back on they can kick out."

"I really hope she has a safe recovery, it was cool to see her doing the series. It's massively difficult for a Kiwi to do this, and for her, and for women in world motorsport, to have her with us in TRS was really great. Neither of us could have joined the series without the support of the Kiwi Driver Fund."

"Really, really unlucky with the circumstances. Something like that is so easy to do on a new tyre, and she was so unlucky to hit the wall I guess at the worst angle to damage her back, I hope she's okay and she gets well soon."

This weekend the feature race will be for the Denny Hulme Memorial Trophy (Hampton Downs Motorsport Park), before the famous New Zealand Motor Cup is raced for at Pukekohe the following week, with the New Zealand Grand Prix -  the most sought after trophy - is raced for at Manfeild on February 16th.