More podiums for Lawson - 7th May 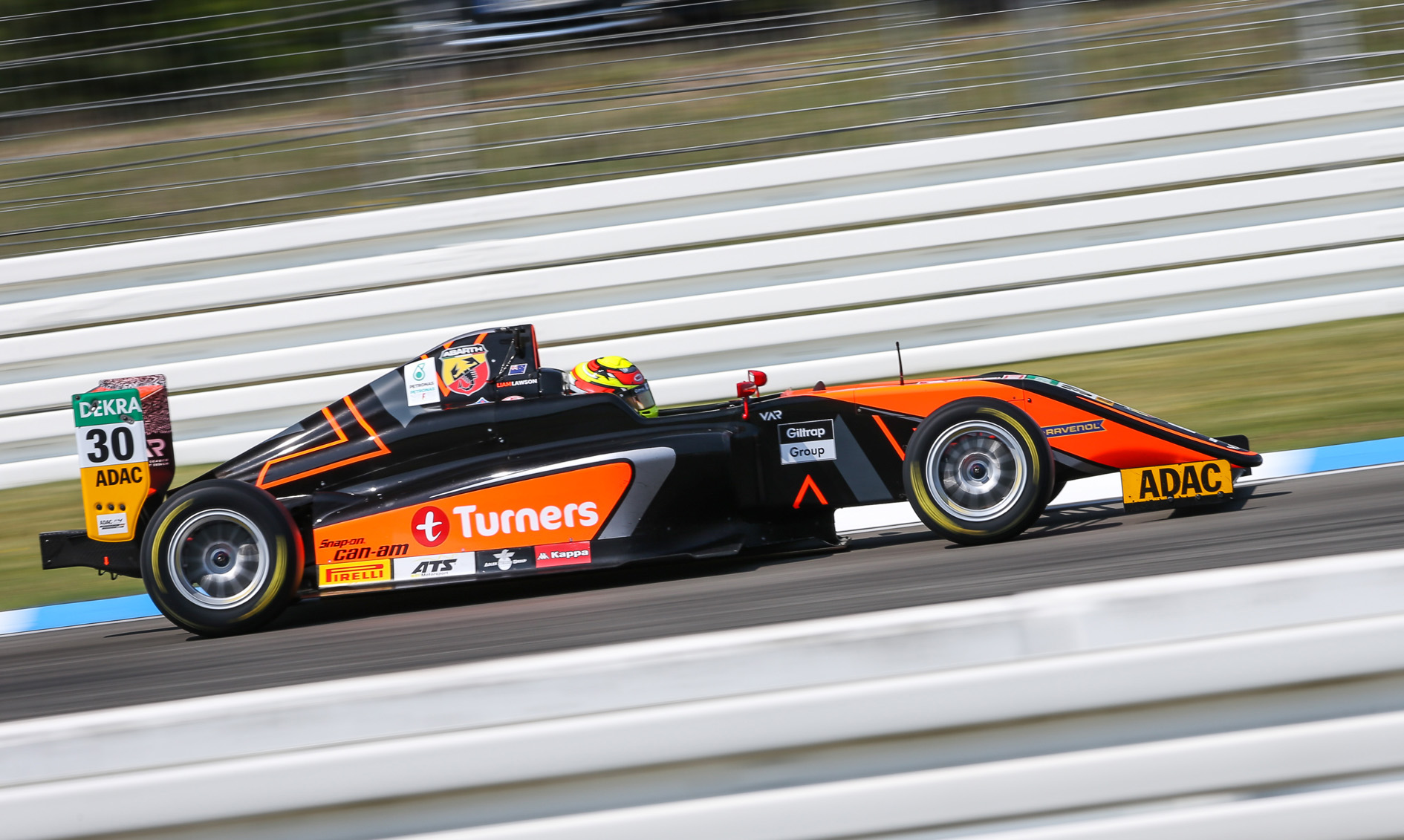 Liam Lawson added two more podiums to his German Formula 4 campaign by finishing in second place in two of the three races at Hockenheim.

Lawson, 16, has now recorded three podiums in the first six races of the season in his Turners-backed F4 car.

Unable to match the pace of championship leader Lirim Zendeli and his US Racing team, Lawson displayed brilliant defensive skills over the weekend's racing to firstly keep his Van Amersfoort Racing teammate Frederik Vesti at bay in race two, and then to hold off Zendeli in the first half of the reverse-grid top-eight final race.

While Zendeli was able to skip away once he got by to finish in third, a sixth place for Lawson was as good as it got.

"After I got hit early in the reverse grid race I struggled for pace in the car," sad Lawson.

"I did everything I could to hold Lirim out but once he was ahead there was no way I could stay with him."

In this highly competitive Formula 4 championship, where the top dozen cars are separated in qualifying by less than a second, Lawson showed how quickly things can turn around.

In the thrilling second race Lawson made his best start of the season and threatened Zendeli over the opening laps until the racing was halted behind the Safety Car following an incident back in the field. On the restart the German was able to pull a gap that Lawson wasn't able to close.

As the racing laps wound down Vesti pulled up to the back of the Turners car and piled immense pressure on his teammate, Lawson keeping the Dane out and securing second place.

"That was a very aggressive but a very clean race," said Lawson.

Heading to Hockenheim, Lawson was in 7th place in the championship after two disappointing races at the opening round, but with two podiums and another top ten finish he's now rocketed up to fourth place. Just 10 points cover second to sixth place heading into the third round.

"Our focus now is making the next step forward to try and close the gap to Lirim and US Racing. We've got a lot of work to do but I'm happy with the progress so far."

The Formula 4 cars shared the bill with the top rating DTM championship, which regularly attracts over 70,000 spectators, and they will again appear alongside DTM at the next round at Lausitzring in a fortnight.

Lawson's European campaign is also proudly supported by Turners, the Giltrap Group and a number of private supporters