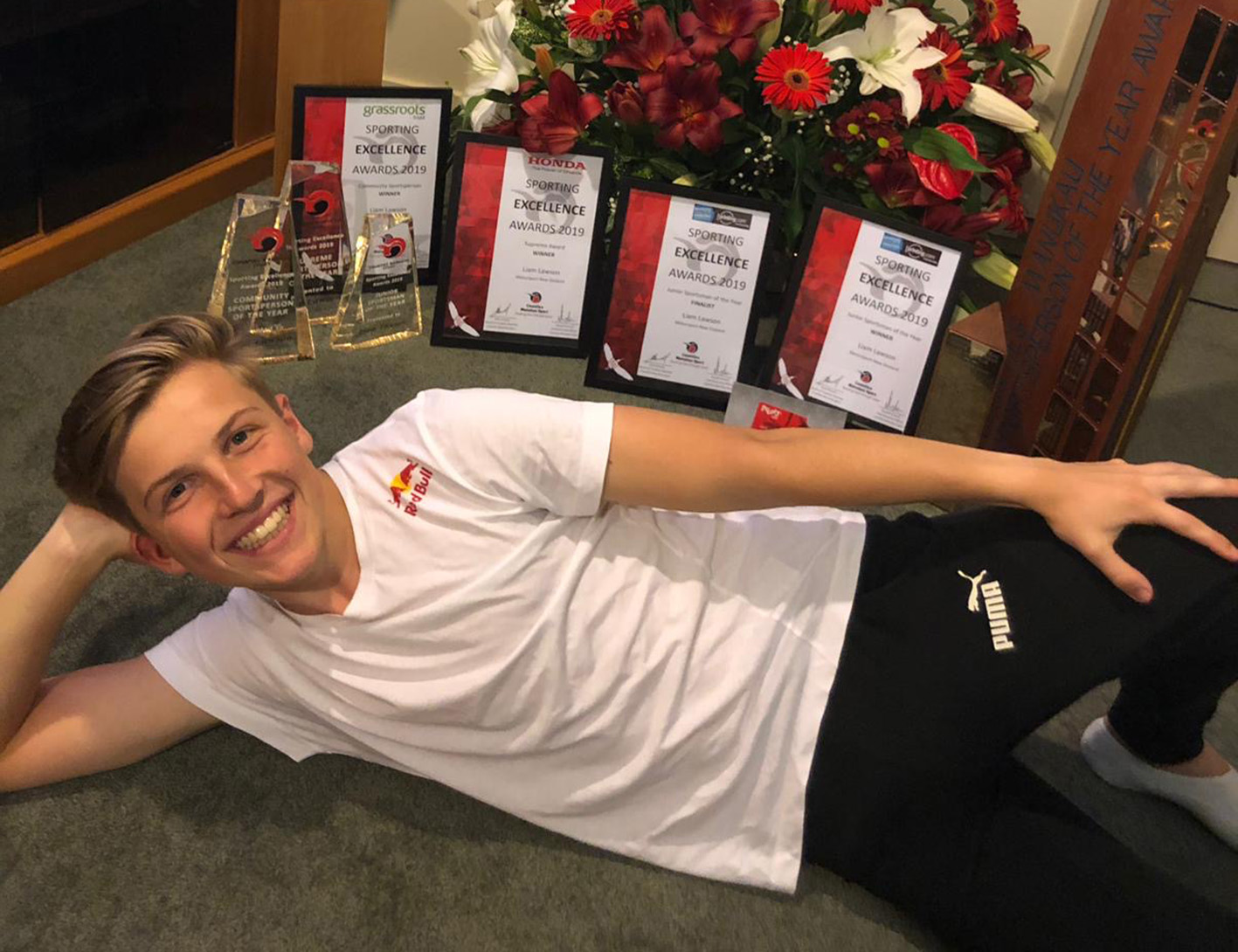 Liam Lawson with his haul of trophies from the Counties Manukau Sports Awards, including the supreme trophy for Sportsperson of the Year

Liam Lawson won the supreme Sportsman of the Year Award at a gala event for Counties Manukau Sport last night.

As well as taking out the supreme award, Lawson, 17, was also awarded the top Junior Sportsman trophy and a new award, Community Sportsperson of the Year, for amateur athletes.

Initiated in 1992, Adams has won the top accolade the most, a remarkable 12 times with Barbara Kendall next, a four-time winner.

"I'm extremely honoured to win three awards, it was so unexpected," said Lawson.

"I knew I was nominated for the Junior Sportsman but to take away the supreme award was a complete surprise."

"A special thanks to Counties Manukau Sport and Honda New Zealand for hosting a great event."

Lawson had another stellar year abroad after being signed as a Red Bull Junior Driver at the start of the year, finishing runner-up and Rookie of the Year in the Euroformula Open championship and collecting podiums in the all-new FIA F3 category.

The Pukekohe teen has now finished runner-up in 3 of the 4 international championship he's contested in the last three years.