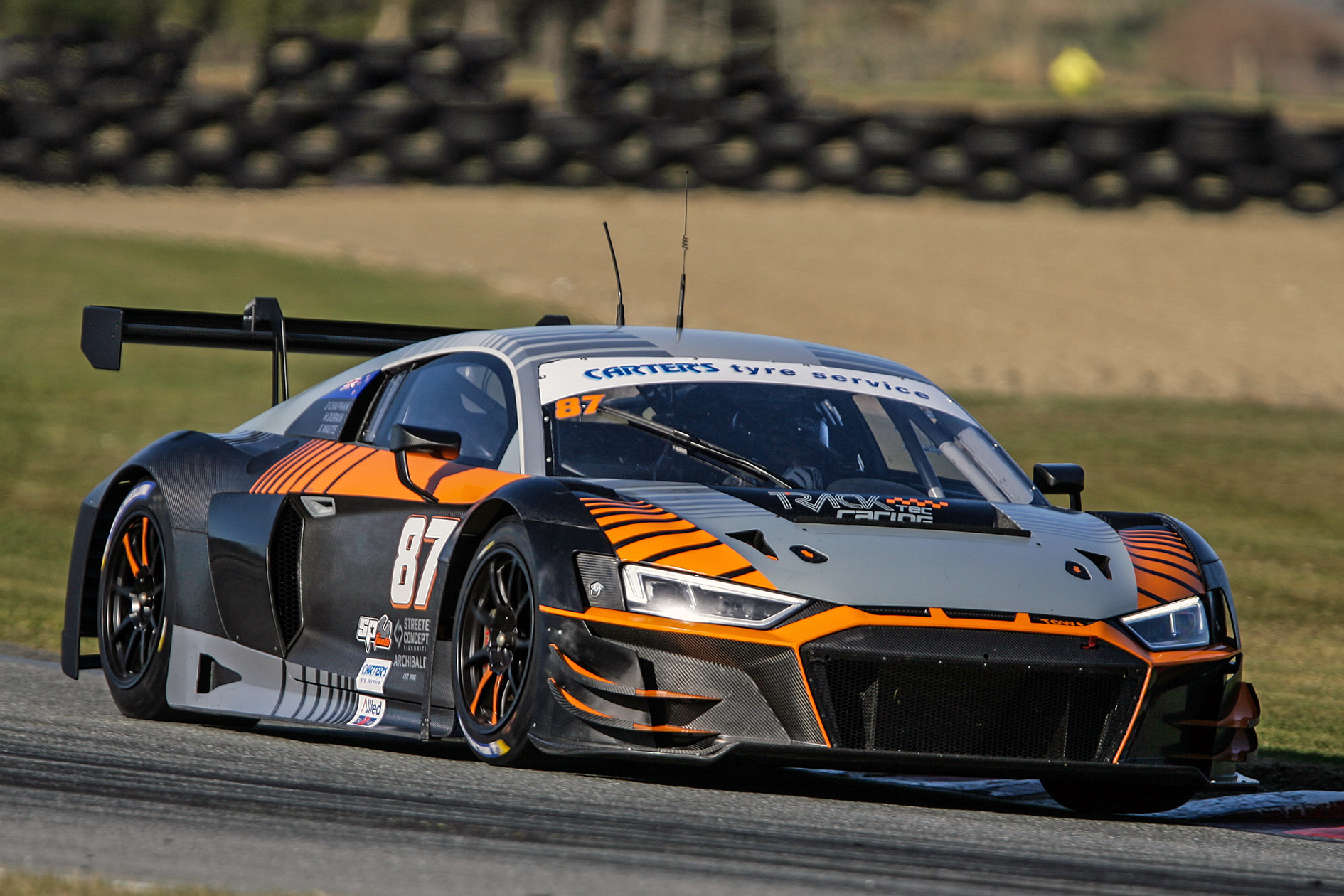 Lawson has been named alongside Invercargill's Scott O'Donnell in the Track Tec Racing-run Audi R8 in what will be his only racing appearance back home for the foreseeable future.

Based in the UK, the Red Bull Junior driver is looking forward to the chance of racing the V8-powered GT3 car before heading back in mid-January.

"Super excited to have the opportunity to race such a cool car at my favourite race track in the world," said Lawson.

"Some of my teammates over the years have raced GT3 cars and told me how cool they are. I'm so looking forward to it."

It was at Highlands in January last year on his Toyota Racing Series debut when he pulled off the most stunning outside passing maneuver seen at the circuit to win that he came to the attention of Red Bull's advisor Dr Helmut Marko and offered a Junior Driver contract.

Since then he has raced for Red Bull in European Formula Open and Formula 3 for the past two seasons.

"A huge thanks goes to [car owners] Debbie and Dennis Chapman for offering me this opportunity. I love racing on my home circuits and it's always a pleasure to race in front of home crowds. I feel very lucky."

And teaming up with O'Donnell is also going to be a special experience. The Invercargill businessman, along with the Chapmans, assisted Lawson when he first left New Zealand to race in the Australian Formula 4 championship in 2017 at age 15.

"It's good to talk to Scott about racing this car and he can help me to adapt to it. It's completely different to racing a single-seater."

O'Donnell, along with Highlands driving coach Andrew Waite, qualified the car for the New Zealand Championship with a third-place finish at Timaru's Levels Raceway.

Lawson also gets to team up again with Track Tec Racing owner Matt Waters, who was an engineer with M2 Competition when he won the TRS title and the NZ Grand Prix.

"Trac Tec Racing are looking forward to working again with Liam and hopefully the same success we had in TRS," said Waters.

"It's going to be great to give Liam his first taste of racing a GT3 car in the beautiful Audi R8, endurance racing with driver changes and pit stops. It's all going to be new for Liam. It's going to be a fun weekend for us all."

And the 18-year-old Red Bull Junior has only one goal in mind.

The NZ Endurance Championship will be screened live on Sky Sport, starting at 10.30 on Saturday.