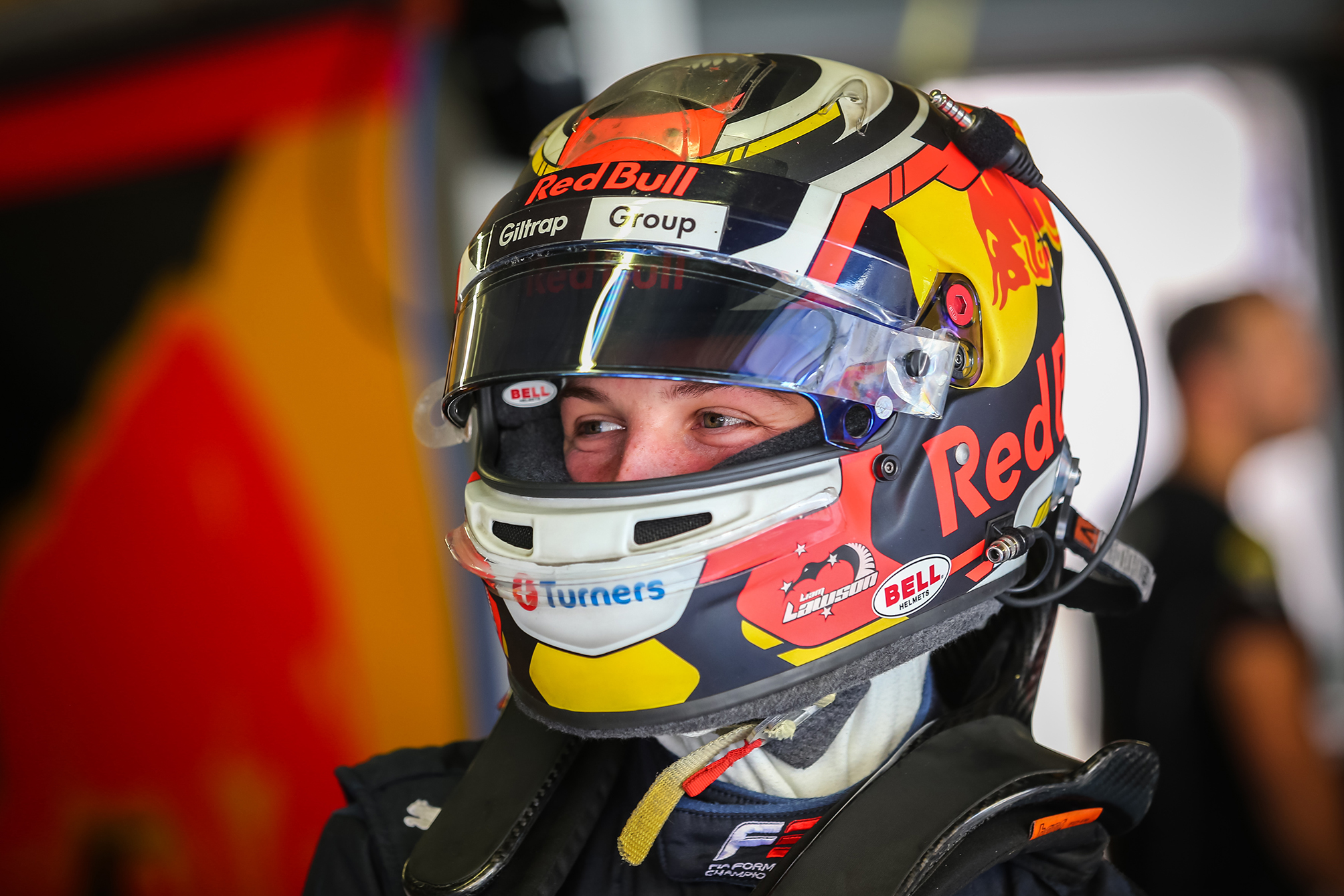 Lawson storms through the field at Macau GP passing 13 cars to finish 7th.

Liam Lawson finished off his FIA F3 season with a stunning performance in the Macau Grand Prix, carving his way from near the back of the grid to finish 7th.

The 17-year-old Red Bull Junior driver bounced back from a disappointing Qualification race to turn on the drive of the GP, passing seven cars on the opening lap from his 20th starting position.

A first lap incident in the previous day's Qualification race left him boxed in against the wall when drivers ahead of him collided at the first tight right hander, Lisbon, and he couldn't get going again until the track cleared. That dropped him to the back of the 30-car grid but he managed to make it back to 20th by the chequered flag.

With the finishing results setting the grid for the main race, Lawson had a huge task in front of him for the 20-lap GP.

"For the start today I couldn't see the lights and didn't realise they were coming on, as the other cars moved I did. So I was behind on the run down to the first corner. But that worked out as they all braked and queued up. I got a clear run through and jumped a load on the straight to the next corner," he said at the finish.

"From there I just kept going and it was a good finish. Good, very good but still frustrating and disappointing, thinking of what might have been with a better Qualifying. If I come back next year I'll be going for it from earlier on. That's what Richard (Verschoor) did and all credit to him for his win."

Verschoor, Lawson's teammate at MP Motorsport took the win of the 66th Macau Grand Prix on his debut at the demanding street circuit and Lawson was buoyed knowing he also had the car pace if he could have started higher up.

"What an incredible event," said Lawson. "I learnt so much in the race today. For the first time since I got here I gave it everything. I was up against the wall at every turn, almost clipping the wall at every turn and it was so intense round here I was totally spent at the end. It's that kind of place, super tough, incredible."

"Coming into the weekend everyone was telling me not to crash, to keep it in one piece and I drove it like that so when we got to Qualifying it was the first time that I really went for it and the lap was not good enough. I had another couple of laps but got blocked so only qualified 15th."

Lawson continued to show his speed on street circuits. Earlier in his career he put on a career-defining performance in Australian Formula 4 to win on the streets of Surfers Paradise and this year in Euroformula Open, he won on the tight, twisty street circuit at Pau in southern France, the first New Zealander to win there since Mike Thackwell in 1984.

The 20-lap Macau Grand Prix was shortened for two safety car incidents, the first near the halfway mark by which time Lawson had climbed to 10th place, and another with 5-laps to go when the Kiwi flyer was in 8th place. He grabbed one more spot before the chequered flag.

Throughout the race Lawson was trailed by fellow Kiwi Marcus Armstrong (Prema) who also got trapped in the Qualification race and started the day a few spots ahead of Lawson. Armstrong came home 8th, just under one second behind.

Lawson's racing campaign this year has been proudly supported by the Porter Group, Turners, and Giltrap Group.