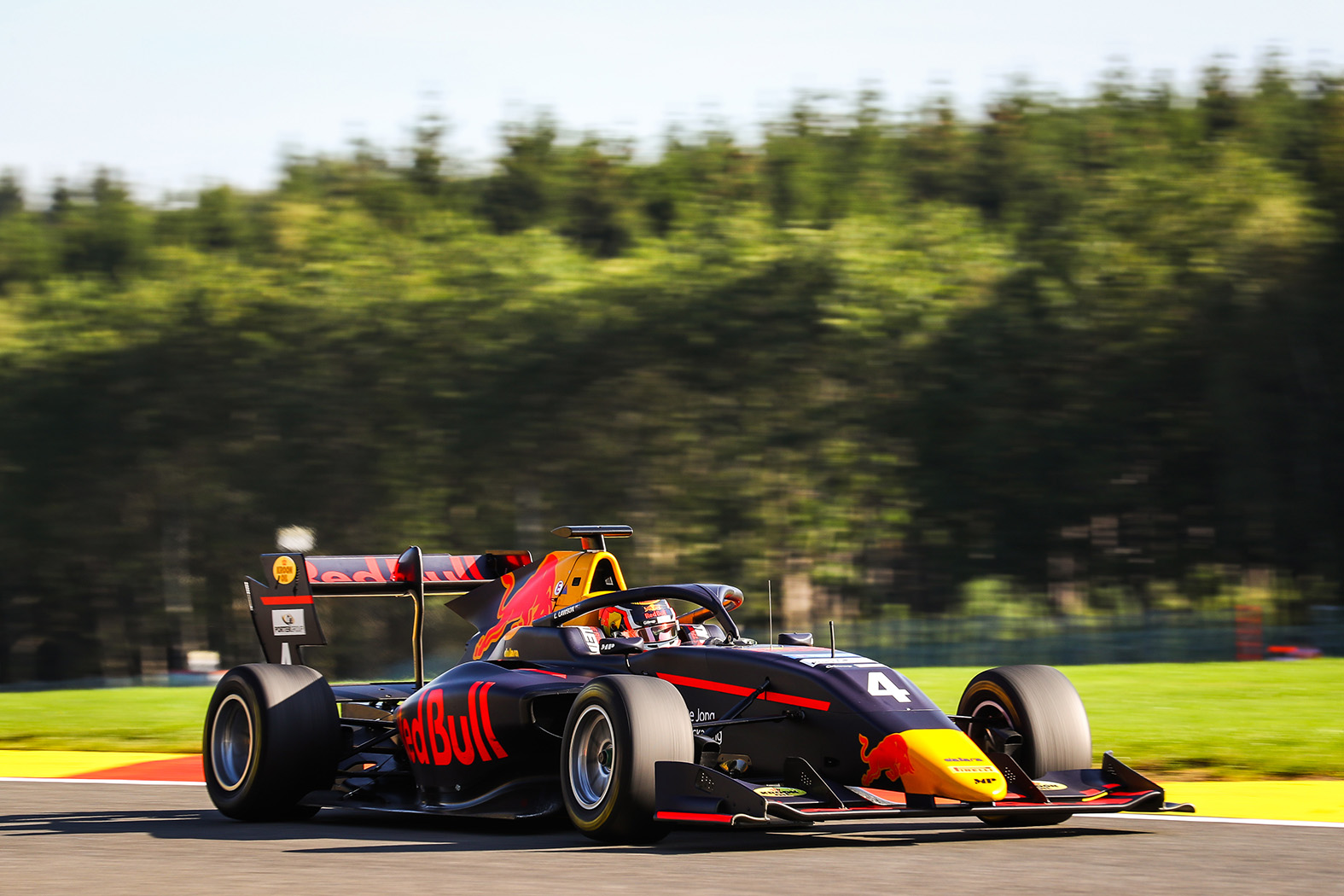 Heading towards the penultimate round this coming weekend in Italy young Kiwi champion Liam Lawson is struggling for pace as his MP Motorsport team search for speed on the faster circuits that close out the inaugural FIA F3 calendar.

Throughout the season the Dutch-based team has been on the back foot with their lack of car pace, although Lawson and his teammate Richard Verschoor were top-six in the only official Practice session it was because they were out of step with the leading teams.

"We bolted on a new set of tyres in Practice and that gave us a reasonable lap but because the leading teams didn't use any new tyres in this season we started the first race on used tyres while the top teams had new ones. It didn't take long in the race for both Richard and me to fall backward. We had nothing to fight with," said the disappointed 17-year-old Red Bull Junior.

The MP Motorsport cars were well off the pace in Qualifying but Lawson managed to drag a lap out of his Porter Group/Turners/Giltrap Group #4 to start the feature race in 10th, Verschoor in 13th of the 30 car field.

Lawson managed to advance two places in the opening half of the first race but fell back to 12th by the chequered flag with Verschoor stumbling back to 17th.

"In the race, I did everything I could, pushed hard but I was just holding people up behind who had more pace so I let a couple go and concentrated on keeping some tyres for the end. That worked and I did get a couple back at the end but it wasn't enough," said Lawson.

Come Sunday and the reverse grid race the team hoped for a better showing with all cars starting on used tyres but the lap deficit for the MP cars was still the same, around a second per lap off the pace.

Lawson was shuffled back a few spots avoiding incidents on the opening laps but worse was to come. Logan Sargeant tapped the rear of Lawson's car in the penultimate corner and spun him around, leaving him facing the wrong way. A sergeant subsequently copped a five-place grid penalty for Race 1 at Monza for causing the accident.

That was of little comfort to Lawson who dragged his machine across the line in 17th.

"A very frustrating weekend I'm afraid, just not fast enough. I couldn't say where the problem is, set-up, it's got to be a combination of things I can't put my finger on it honestly. Our cars just have no pace."

Only two rounds remain in the debut season of the new halo-shod F3 car. Another high-speed circuit at Monza, Italy before the season finale at the Russian circuit of Sochi at the end of this month.

Lawson still has two rounds to go in the older Euroformula Open (EFO) series. One round at Barcelona in Spain falls between Monza and Sochi before his European season concludes back at Monza for EFO in the second weekend of October.