Lawson ready for Hockenheim - 3rd May 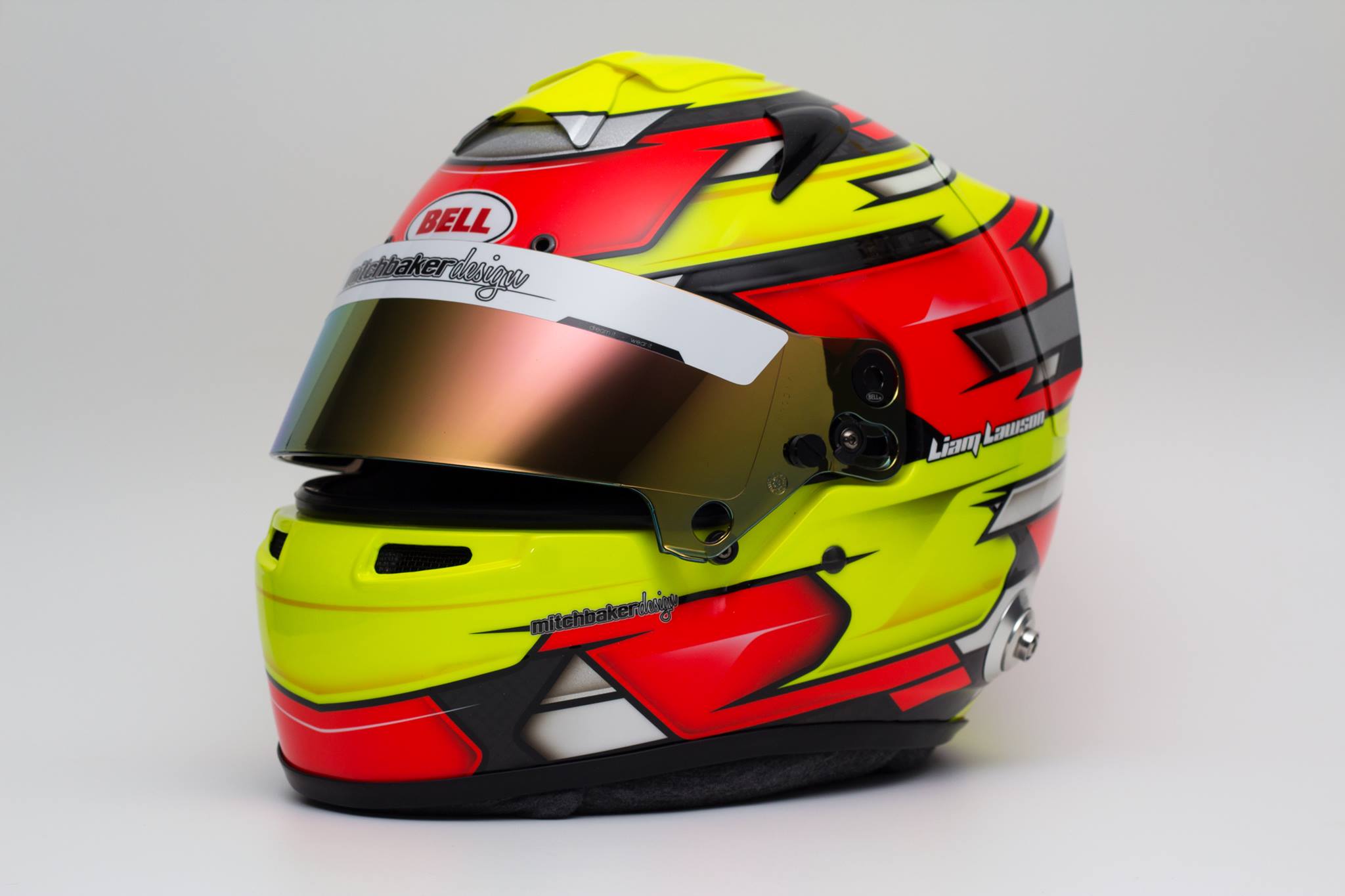 Lawson ready for Hockenheim and with brand new custom helmet.

When Liam Lawson lines up on the grid at Hockenheim this weekend in the Turners Formula 4 car for the second round of the German championship, he won't be wearing the familiar Ken Smith racing helmet.

The New Zealand motor racing legend loaned Lawson his helmet 15-months ago when he won the NZ F1600 championship and since then the 16-year-old single-seater ace has used it in Australia, the USA and now Germany.

But this weekend Lawson will debut his own racing colours when he competes on a current Formula One circuit for the first time.

Custom painted by well known Auckland artist Mitch Baker, the new signature helmet design is an evolution of Lawson's karting helmet when he first started out on his motor racing journey. And he gets to wear it first at a very special venue.

"Hockenheim is a really cool track. It's the first Formula One circuit I've ever driven on," said Lawson.

The young Kiwi had two days testing at Hockenheim several weeks ago, much less than many of his rivals, and posted competitive times to feel confident going into the race weekend.

"This level of racing in Europe is all new to me and extremely competitive. We've prepared well for this round. There are better overtaking opportunities at this track than at the first round so I'm really looking forward to the weekend."

Lawson scooped a podium third place in his debut race in the Turners F4 car, and hopes for a repeat of that success when he debuts his new customised helmet.

"We need to keep bagging good championship points, and another podium would certainly help. That all depends on qualifying well and I'll be pushing hard to get a good starting positions."

Two qualifying session determine the grid start for two of the three races, with the final a reverse grid for the top 8.

This weekend the German F4 series supports a round of the top-rated DTM championship, with an even bigger crowd expected than at Oschersleben. And that's something that has also impressed Lawson.

"There are a lot of spectators at the racing and they're really passionate about their motor racing. I've had people come up to me with pictures to sign of my Formula First and Formula Ford days in New Zealand, pictures from racing in Australia last year. One of the fans had about 15 photos for me to sign!"

And there's an irony. The teenager from Pukekohe doesn't have a signature.

"I've never had to sign anything in my life before, so I just write my name."

He mightn't have a fancy signature, but he sure has a fancy new 'lid'.