Lawson on the podium at Monza - 9th September 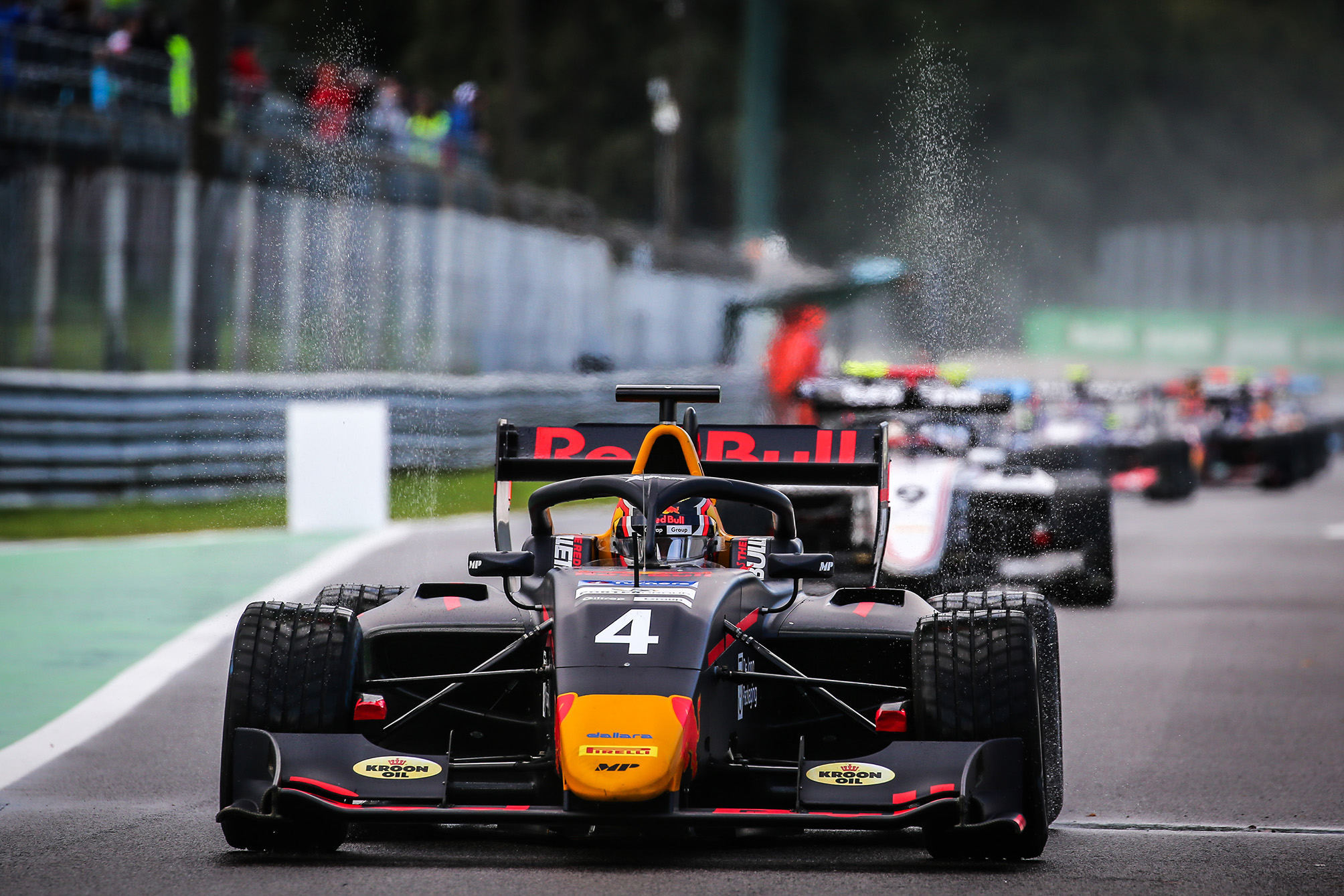 The 17-year-old Red Bull Junior driver started on the front row of the grid but didn't get a good getaway and was swallowed up by several cars heading into the first corner.

Come to the end of lap one and Jake Hughes led Fabio Scherer, who started from pole alongside Lawson, fellow Red Bull Junior driver Yuki Tsunoda, with Lawson fourth with his MP Motorsport teammate Richard Vershoor close behind.

All 30 cars started on wet tyres due to the standing water on the racing surface from overnight rain, and again just before the start, but the circuit dried throughout the race."I blew it at the start, I had it on the bite point but didn't get away and the others just drove past us off the line and the race was done there really. From there I basically just had to really push hard and use a lot of the tyres. I used a lot more than I wanted to be honest. I would have liked to have saved a lot more for the end of the race," said Lawson, "but I had such a big gap to the leaders that I had to really push to try and catch them."

Tsunoda was into the lead by lap 15 of 22 by which time Lawson in his Porter Group/Turners/Giltrap Group #4 had dispatched Scherer, and then he got by Hughes two laps later.  "It was a lot tougher as things dried because there was just one dry line. By the time I got through to second, I really had used the tyres and didn't have the traction that Yuki did. Just lost too much in turns one and two, made it up everywhere else but didn't have a chance to pass."

The Monza podium was his second of the season and follows on from finishing third at the British Grand Prix meeting at Silverstone in July. But Lawson was disappointed with his effort and missing the chance to race for the victory. "If I'm honest I'm disappointed. Those [wet] are the conditions I love and excel in, especially when it was wettest early on. Unfortunately, I was then stuck behind Scherer, I just didn't have any speed on the straight and it took a while to get past." "Don't get me wrong, P2 is good and the start is down to me. I can't help being disappointed though. These conditions are what we needed."

Lawson finished 7th in the first race of the weekend after starting from 14th, and that put him on the front row for the top-8 reverse grid race. There is just one more round remaining in the inaugural FIA F3 championship, in three weeks' time at Sochi in Russia.