Double victories for Lawson at Lausitzring - 22nd May 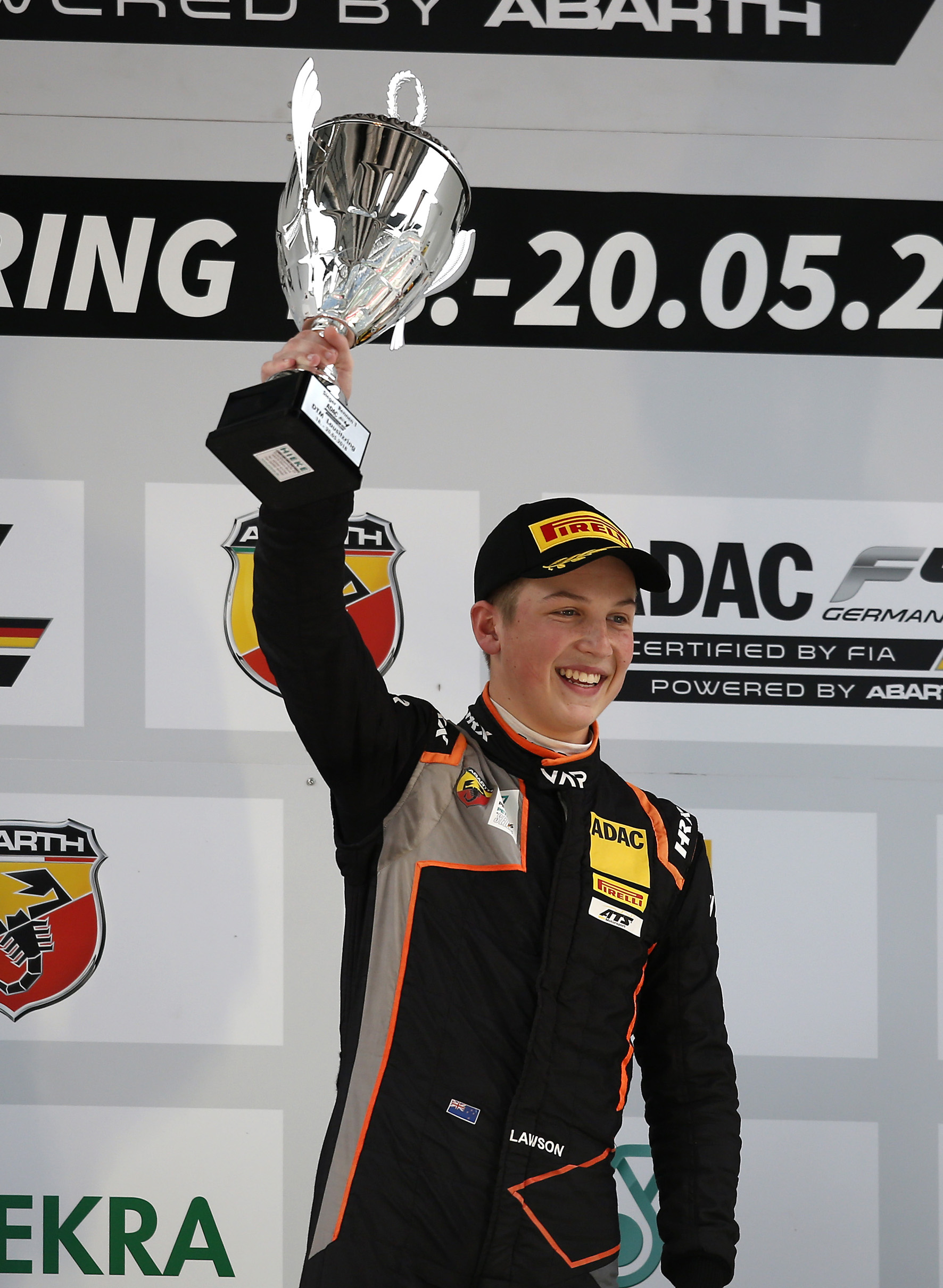 Two victories at Germany's Lausitzring circuit over the weekend for Liam Lawson, and a second-place in the other race, has rocketed the 16-year-old into title contention of this year's German Formula 4 championship.

The Pukekohe teen turned on his drive of the series so far in the Turners F4 car, to rise from fourth to second in the series.

His debut win in the first race, a stunning last lap charge to the podium in the second and a clear-cut win in the final added up to a dominant performance that has now seen Lawson bag six podiums in nine races.

winning the third race after starting it from seventh on the gird, beside championship leader Lirim Zendeli who failed to climb higher than fourth by the chequered flag.

Lawson left his best for the final 17-lapper, with the top-eight cars starting in reversed order. From P7, beside championship leader Lirim Zendeli, Lawson got the better of the German to scorch through the field to victory while Zendeli could only manage to climb to fourth at the chequered flag. This was the only race of the weekend that went to race full-distance without the interruption of a Safety Car period.

"To be honest I'm a bit speechless," said Lawson after the podium presentations.

"We had some problems on Friday, so I never really thought that such success was possible. It's great that we were able to show how fast we are. A huge thanks to my mechanic Ian, my engineer Francisco and the whole VAR team."

However, it was Lawson's effort in the last lap dash of the second race that produced an equally stunning result.

After starting that race from fifth on the grid, Lawson initially fell back before working his way up to fourth when a Safety Car was called to clear an on-track incident further down the field. By the time the racing resumed there was just one lap remaining.

Lawson immediately pounced on Austrian Mick Wishofer at the restart to grab third spot into turn one, and then in a stunning move around the outside of British young gun Oliver Caldwell, snatched second place on the dash to the finish line.

His first victory in the series came after Zendeli's car slowed towards the end of the opening race, allowing the Turners car to slip by.

"After initially dropping behind I would never thought I could still win, but anything is possible in a race. I was a bit lucky, but what does it matter - we were quick, and that's what counts ultimately," said Lawson.

Racing for the Dutch-based Van Amersfoort Racing (VAR), the German championship next moves to the Red Bull Ring in Austria in three weeks time.

Lawson's German F4 campaign is primarily supported by Turners, along with the Giltrap Group and a number of private supporters.