Difficult start for Lawson in FIA F3 at Barcelona - 12th May 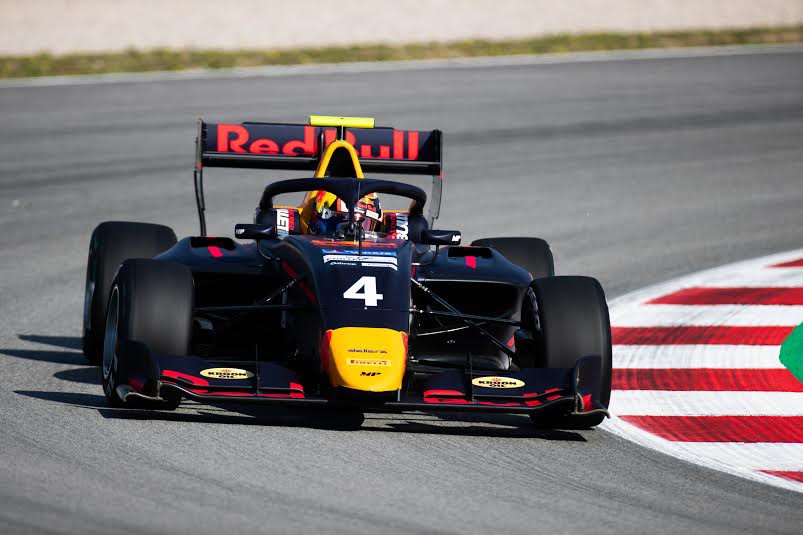 Difficult start for Lawson in FIA F3 at Barcelona

New Zealand's Liam Lawson had a difficult start to his FIA F3 campaign at the Spanish Grand Prix meeting in Barcelona, qualifying in 19th for the opening race of the season among the 30 car field.

A broken throttle sensor in the only practice session of the weekend robbed the 17-year-old of maximum track time in the morning but come qualifying later in the day, the Red Bull Junior Driver couldn't crack the kind of pace needed to place himself inside the top ten.

"A difficult day really," said Lawson. "Quite confused as to why we didn't have the pace and we're still searching for the answer. Nothing really obvious, so we need to find out why. The middle sector was the worst because it's the longest but we were down in every one."

The level of competition in these new FIA F3 cars is very high and a mere 3/10ths of a second could have catapulted Lawson into sixth place, although he was still over a second away from the pole time.

The cars are required to run on a hard compound tyre for the Barcelona round and this gives the drivers just a single lap to put in their best lap time.

And with 30 cars on the gird, 10 more than in Formula 1 or Formula 2, getting a clear lap is vitally important.

"I had no issue with traffic or being held up so that doesn't help in finding an answer. I gave it everything in qualifying but the lap time just wasn't there," he said.

Lawson, the youngest and least experienced driver in the field, was consistently inside the top 8 in pre-season testing but wasn't the only one to not demonstrate similar form come qualifying.

"A mystery really. We've had reasonable race pace in testing so let's hope we can move forward in the first race tomorrow."

The grid for the first race of the weekend is set from qualifying but Sunday's race will feature a reverse top-eight grid.

"The biggest challenge now is to make up 11 places in the opening race and while that's a big ask, who knows what might happen. The most important thing is to finish the first race of the season."

Lawson is contesting two European racing series this year and his start in the FIA F3 car couldn't be more of a contrast than his debut in the Euroformula Open (EFO) championship a fortnight ago when he not only scored a pole position but won on debut.

Unlike EFO, the FIA F3 championship - which replaced the old GP3 series -  is stacked with much more experienced drivers and is arguably the most competitive field ever at this level.