Broken steering for Lawson at Imola 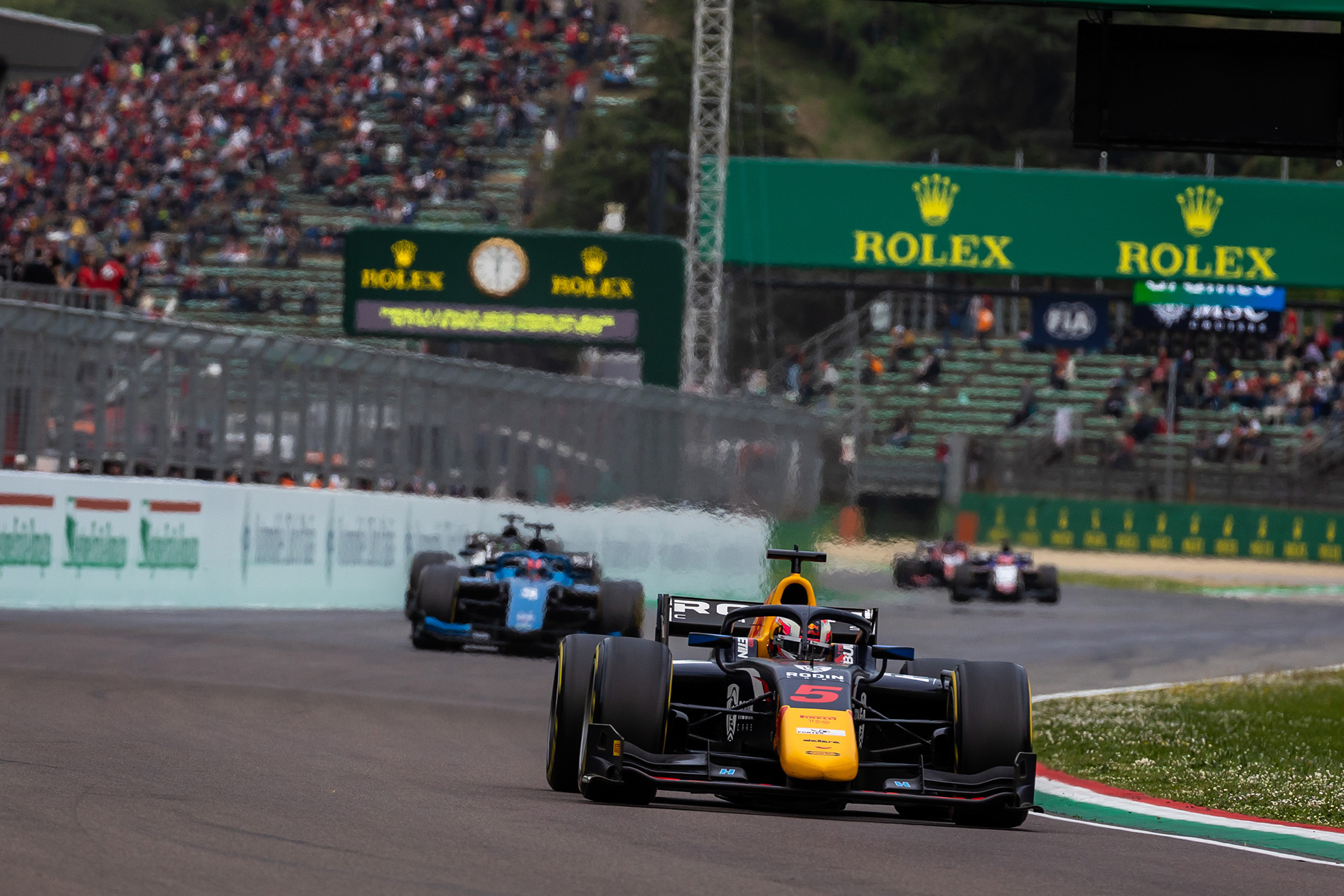 Broken steering for Lawson at Imola

Broken steering just a few laps from home and a high speed crash into the wall at Imola ended Liam Lawson's run of podium finishes at every Formula 2 round so far this season.

A poor qualifying performance after being blocked on his hot lap put the young Kiwi racer on the back-foot all weekend and despite aiming for damage limitation in the both races, the crash in the Feature race has dropped him to fourth in the championship, but still very much in title contention.

"Something in the steering broke when I was coming up the hill and basically I just went straight, I couldn't turn the car and hit the wall," said a disappointed Lawson.

Satisfied his Carlin team had provided him with a fast car, Lawson moved from 14th to finish 8th in the Sprint race and was confident the Red Bull-Rodin Cars #5 could deliver another strong performance in the Feature race.

"Qualifying was a little bit frustrating, disappointing, the car was actually really fast, especially in wet conditions. When we went out for our second run the track was quite dry in places. And because the tyres are obviously extremely soft it was really one lap I had to put it all together. I got a little bit unlucky with traffic and yellow flags and I didn't get a proper lap in. That's why we qualified 14th."

Come the Feature race and Carlin opted to start on the medium compound tyres while those at the front of the grid went for the super-soft option. Lawson rocketed from 14th to 8th on the first lap before an accident put the field under the Safety Car.

This turned out to be a bonus for the super-soft tyre runners who could pit under the Safety Car, once the field had circulated for 7 laps, the minimum before a tyre change was allowed. They could then run to the end of the 35 lap race without another stop.

This immediately put all the medium tyres runners like Lawson at a disadvantage. They would have to wait until the end of the race to make their compulsory pit stop as the softer option would not make more than a handful of laps at peak performance.

"I had a really good start, went for a bit of a gamble on the strategy, and just basically got really unlucky with the Safety Car early on in the race when everyone boxed and we couldn't get one in," said Lawson.

Prior to his pit stop Lawson was in third place but without a Safety Car incident to minimise the time lost by pitting, the Red Bull-Rodin car emerged in 16th. With seven laps to go he was up to 13th and 2nd of the late-stoppers when the steering broke and sent the car into the wall.

"A bit disappointing but the positives are still there, the car is fast and if we get a little bit of luck and put everything together we'll be on it."

After scoring three podiums in the first four races, Lawson left Imola in Italy with a solitary championship point.

Formula 2 takes a month break now before the action returns with back-to-back rounds at Barcelona, Spain and Monaco in May.