Another win for Lawson - 11th June 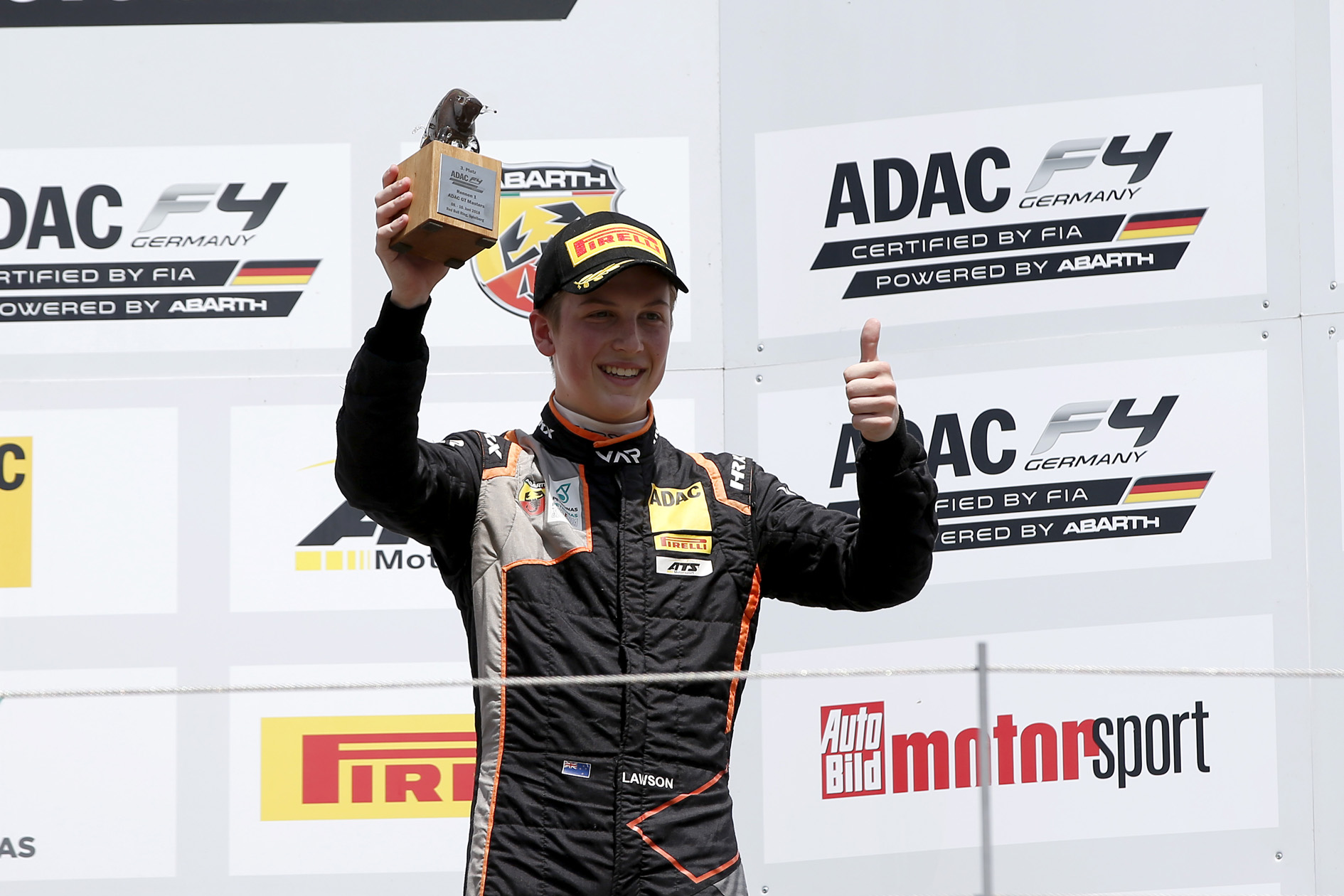 Another win for Lawson - Podium double and magnificent fight-back in Austria.

Liam Lawson added two more podiums, including another victory, when the German Formula 4 championship raced at the Red Bull Ring in Austria.

But it was the young Kiwi's remarkable fight-back in the second race that stood out as the racing highlight of the weekend.

Punted off the track on the opening lap of Race 2, Lawson stormed back through the field from being parked track side in 18th and last place, to take the chequered flag in sixth.

The 16-year-old from Pukekohe retains second overall in the championship standings after 4 rounds, now 24 points behind German driver Lirim Zendeli, with an even bigger margin back to third placed Enzo Fittipaldi (Brazil), who failed to finish the final race.

Reflecting on his charge in the second race, Lawson said his aim was to try and get back to eighth, as that would have given him pole for the reverse grid top-8 final race.

But he advanced even further, to sixth, and therefore started the final race from position 3.

"After being turned around I didn't think I'd get back as high up as I did. Very happy," said Lawson.

"Lucky to get a couple of safety cars [during the race] which helped, but the Turners car was super fast."

Lawson had climbed to fifth and was trying to put a move on fourth placed Oliver Caldwell (UK) on the final lap, but during the move Lawson's teammate Frederik Vesti (Denmark) managed to slip through and regain the fifth spot.

Lawson claimed his first podium of the weekend in the opening race, starting from fourth to finish third behind Vesti and race winner Fittipaldi.

Victory, however, came in the final race. He grabbed the lead at two-thirds distance and then pulled away to win from Vesti and Niklas Krutten (Germany).

"The last race when I got into the lead was one of the hardest I've ever had to do," said Lawson.

"I had to maintain a gap of at least a second to Fredrik to stop him getting a tow from me and mounting a challenge. I had to drive every lap like a qualifying lap, so after 15 laps of that I was totally drained."

That gives him three wins, and keeps him in strong championship contention when the series resumes at the German Formula 1 Grand Prix on July 22nd.

Lawson comes home for a mid-season break before returning to VAR headquarters in The Netherlands at the end of June.

Lawson's German F4 campaign is proudly supported by Turners and the Giltrap Group. 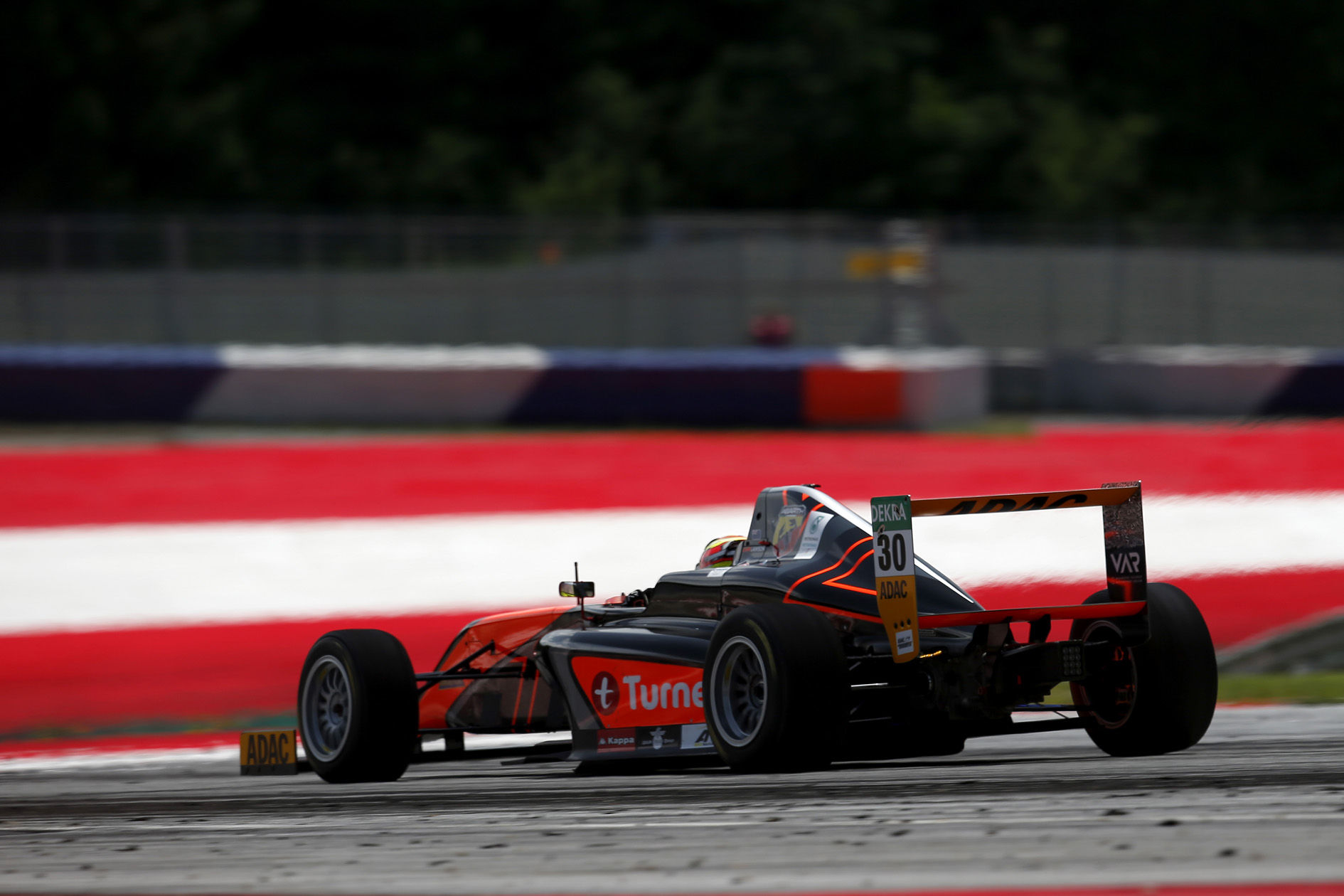