Another podium and Pole for Lawson in Germany - 23rd July 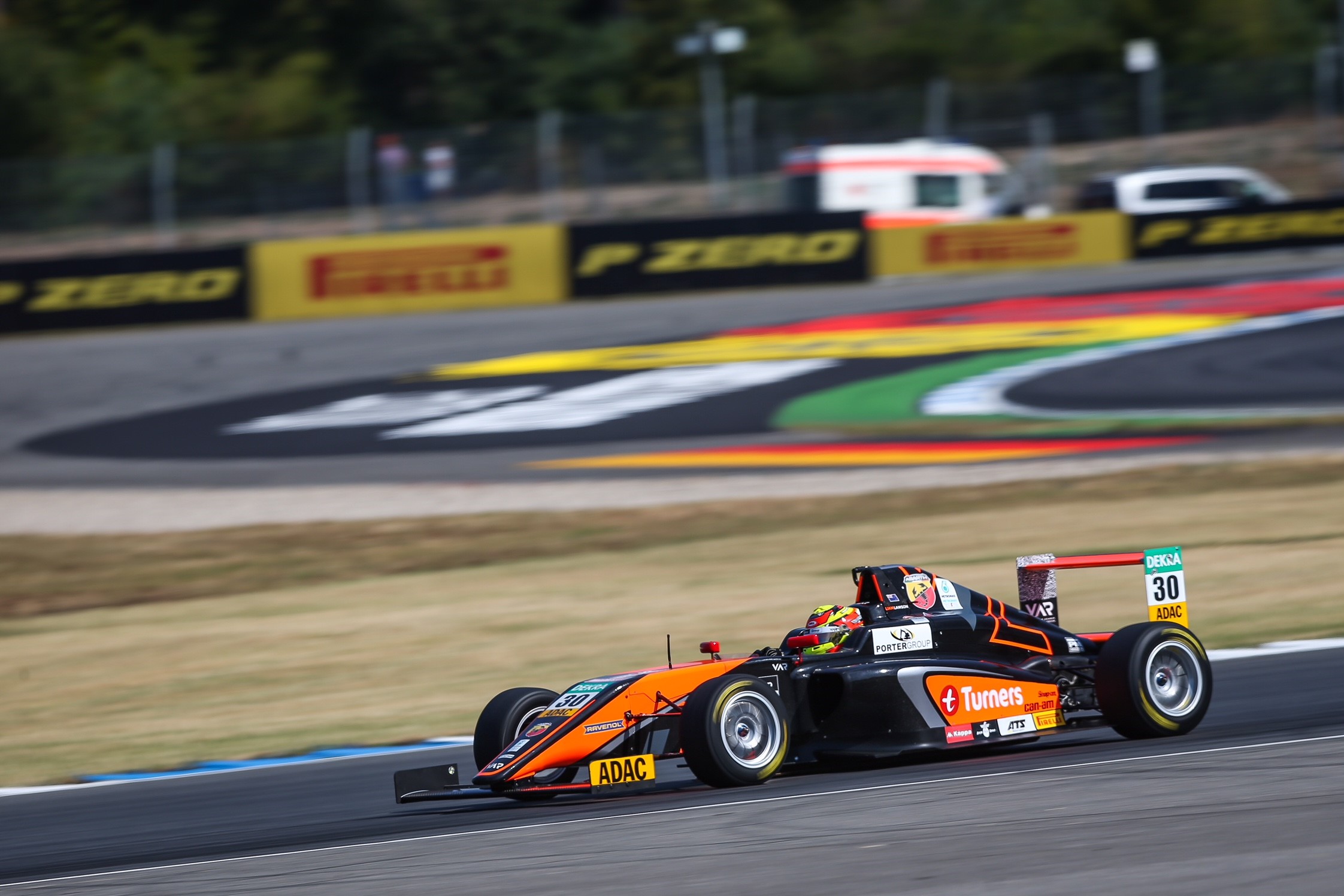 Another podium and Pole for Lawson in Germany

The 16-year-old from Pukekohe finished runner-up in the opening race of the weekend and continues to hold down 2nd in the championship with six races remaining in the season.

The race teams faced a difficult two-part qualifying session with the fickle weather changing from wet to dry during the two 15-minute sessions that set the grid for the two races. Lawson ended up fourth in part one but grabbed pole for the Sunday race with a stand-out performance in the Turners F4 car with slick tyres on a partial wet track.

"I was very happy to get my first pole [position]. The Van Amersfoort team [VAR] had worked really hard to get a faster car than we had the last time here so it's nice to see that hard work pay off," said Lawson after the Qualifying.

Lawson moved up one spot on the grid for the start of the opening race after another driver was handed a post-qualifying penalty. When the lights went green he shot into second place behind his VAR teammate Frederik Vesti (Denmark). As he defended attacks from behind by championship leader Lirim Zendeli (Germany), Vesti skipped away and Lawson was unable to chase down the leader, the top three holding their positions to the chequered flag 30-minutes later.

Unfortunately Zendeli made a better start in race two and grabbed the lead off Lawson into the first corner. Worse was to come when at turn 7 on the first lap David Schumacher drove into Lawson, the German driver's front wing puncturing Lawson's rear tyre, forcing the New Zealander into the pits for a replacement.

Falling to the rear and 23rd place Lawson fought back through the field only to get caught out again when a slower driver lifted off the throttle in front of him. Lawson couldn't avoid contact which damaged a front wing on the Turners car, forcing him back into pit lane for the second time.

Once again, from the back of the field, Lawson carved his way back to 11th at the finish, later receiving a post race penalty for the incident and classified as 18th in the results.

"That was a difficult race but we still came away holding second in the championship," said Lawson. "We made a gain on Zendeli in the first race but with him winning the second race he's stretched the gap out again.

"Still we've got another podium and that's good as we have a new sponsor in the Porter Group on our car for the weekend."

There were also more highlights for Lawson over the Grand Prix weekend as he got to lunch with Ferrari driver Sebastian Vettel and met up with fellow Kiwi, Toro Rosso F1 driver Brendon Hartley.

"Having lunch with Sebastian Vettel was a dream come true. He's a really nice guy, he showed us around his car, took us through the Ferrari garage and then we had lunch in the Ferrari hospitality area with him.

"I got to spend quite a bit of time with him personally and he was very easy to talk with."

Lawson was invited along with the other current top three drivers in the German F4 championship.

"And it was also really cool to meet Brendon for the first time. Ironically we both finished our Sunday races in 11th place, but he didn't have as much drama as I did."

Lawson's attention now turns to the penultimate round of the ADAC Formula 4 championship at the Nurburgring circuit in three weeks time. His European campaign is supported by Turners, Giltrap Group and the Porter Group.