Another podium for Lawson 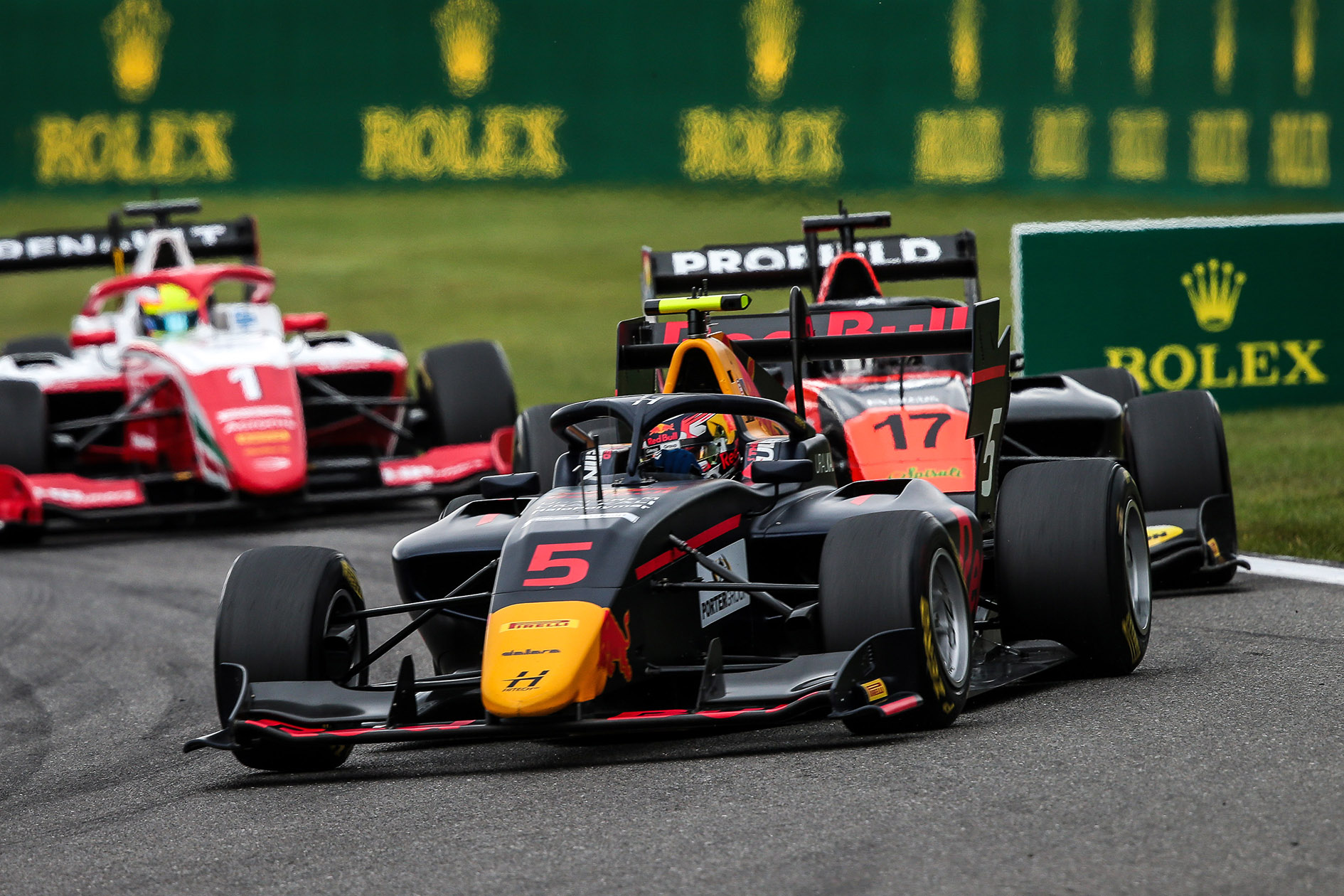 Another podium in FIA F3 has kept Liam Lawson's hope of a top-three finish in the championship alive as the series heads towards the penultimate round in Italy.

The Red Bull Junior driver had an uphill battle after a difficult qualifying session where he bagged a 7th place start in a session that was disrupted with rain before Lawson and most of the field could put in their best lap at Spa-Francorchamps in Belgium.

Lawson briefly had his Porter Group/Giltrap Group sponsored Hitech GP car up to sixth place in the Feature race before falling backwards to ninth at the finish with a car that progressively lacked speed.

"We had something on the car that we shouldn't have I'm afraid. It wasn't good. That was a tough one," said the 18-year-old.

The 9th place, however, gave Lawson a front row start for the reverse grid race on Sunday but hopes of capitalising on that evaporated at the start with a clutch issue that saw Lawson's #5 machine get a really slow getaway.

"I think we had the speed to win the race but we had a clutch issue at the start. We've been having clutch issues for ages but we thought we'd solved it yesterday.... then we had another one today so that really set us back," he said.

"It ruined the race really, basically we fell back to 6th or 7th and it was tough from there. By the time I got through the front guys were gone, I had no chance of catching them."

Heading into Spa the young Kiwi driver was full of optimism that the championship title was still within reach but he now heads to the final two rounds in Italy locked in a battle for third with the gap to the leader now 41-points.

"It will be tough for sure. Very tough from here. The last three weekends, especially this weekend, were the weekends that we were trying to capitalise on as we were 30 points down. Now we're even more than that. It's going to be tough, but the goal has definitely not changed, and we'll keep pushing for that."

"We've just got to really get on top of these little things and we still haven't done that properly, it's not helping us. So we've got to look forward to getting it all right in Monza."

Lawson is locked in a battle for third place with David Beckmann after the German driver had a better finish in Race 1. Lawson then got the upper hand in Race 2. The pair are currently separated by half-a-point, in Beckmann's favour.

The Prema Racing duo of Logan Srageant and Oscar Piastri lead the series with 152 and 145 points respectively, then Beckmann on 111.5 and Lawson on 111 points.