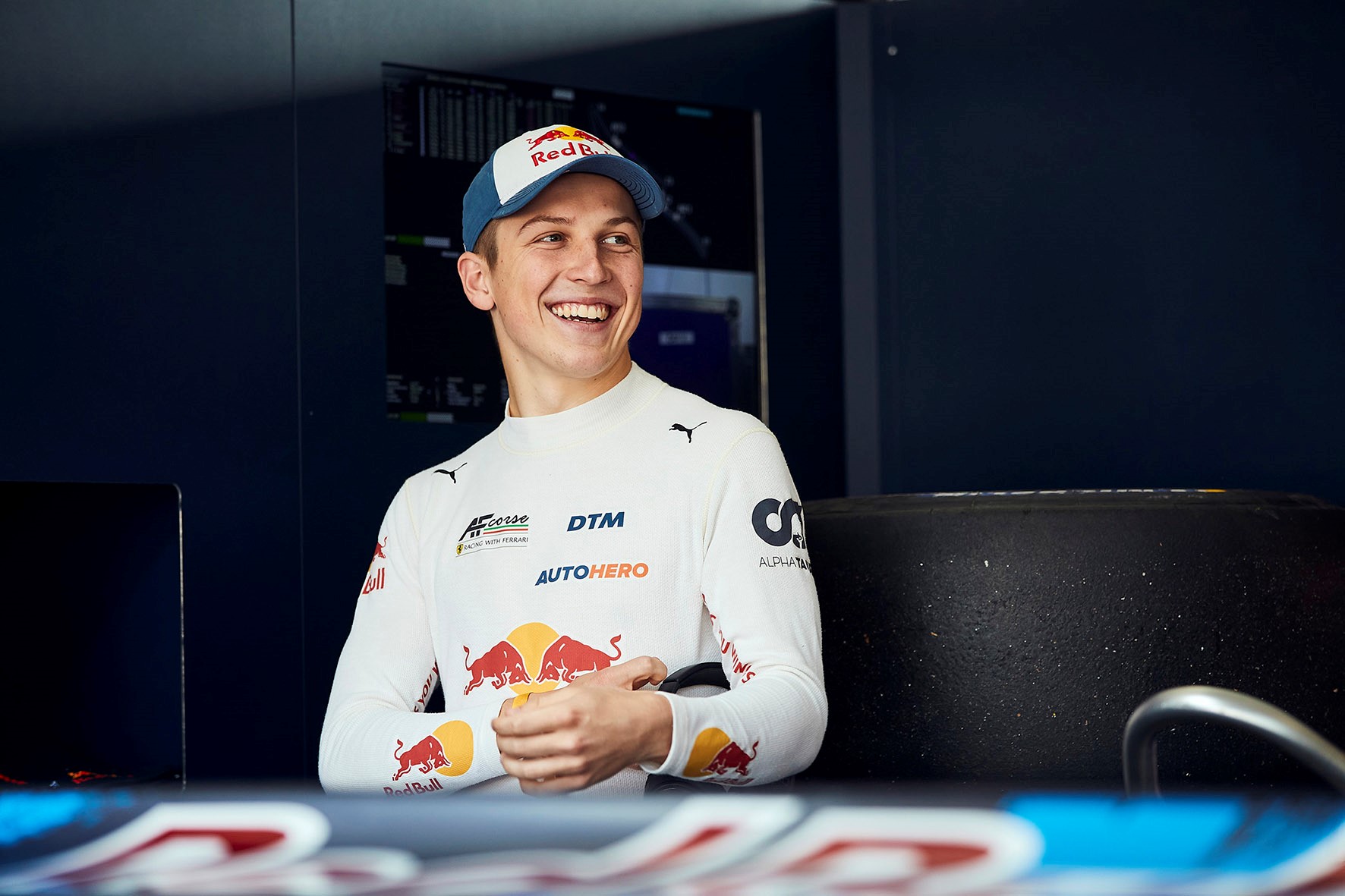 International star driver Liam Lawson desperate to get home and offers a solution.

It's been a week of heartbreak for Kiwi international motor racing star Liam Lawson.

He cruelly had the world-renowned DTM championship title taken away from him in the final race of the season, and then missed out on a spot in MIQ in the latest round of the rooms released.

The 19-year-old is trying to get back home to Pukekohe, not only to see his family, but also to meet his sponsorship obligations and secure the funding he needs to be back in Europe at the beginning of 2022.

He has tried to get a spot in every allocation that has taken place so far, this week there were still over 30,000 ahead of him in the queue.

At the moment there is little hope of him getting home in December, the only time he can return due to his overseas racing commitments.

The young Red Bull junior driver is proposing the sports people like himself that live daily by a strict Covid-19 regime to do their job, are constantly tested - sometimes twice weekly for him - and are fully vaccinated should be allowed to quarantine at home.

"Racing throughout Europe for the past two years we have to undergo constant testing, we've been in bubbles for a lot of it, there are so many precautions to go through just so we can race, it's disappointing I can travel the world but I can't come home," he said.

The Government will allow 150 business people to have private self isolation in December and Lawson thinks his proposal, or that of Sir Ian Taylor - who will undergo a trial of self isolation in a hotel on return from an overseas business trip, would allow him to return home from his base in the UK.

"By self-isolating at home or in a hotel, I'm not putting any pressure on the MIQ system, and that possibly frees up another room for someone else's son or daughter to come home because I'm not in the queue."

Lawson has a narrow window to get home to be with his family, which if he doesn't make, there is little likelihood of him seeing them for another 12-months. He will finish racing in the FIA Formula 2 championship in December and will need to be back in Europe by February.

When Lawson left at the beginning of the year he expected to be able to return home and fulfill his sponsor commitments, vital to him returning with support to race again in 2022. He has been through MIQ twice in the previous 12-months.

Lawson's major sponsor is bespoke automotive manufacturer Rodin Cars. He was expecting to undertake driving duties for them while home on his summer break. Without Rodin Cars support Lawson would not have been racing in F2 this year.

"At this stage of my career I still need significant financial backing from New Zealand," explained Lawson.

"I have obligations to these sponsors when I'm usually home over Christmas. I never thought when I left in February that it would be, at this stage, impossible to get back. I'd be disappointed if I can't do this. Without the amazing support I've had of these people for the last few years I wouldn't be racing in Europe."

The New Zealand teenager, who was on target to become the youngest ever winner of the DTM championship last weekend until his Ferrari was smashed into at the second corner of the last race. He finished runner-up for the AF Corse team.

Lawson gets his first test of a current Formula 1 car in December, with the prospect of further drives during the next year's F1 season. Leading up to that he has the last two rounds of the FIA Formula 2 championship in Jeddah and Abu Dhabi.